One Direction star Louis Tomlinson is going to be a father. Back in 2012, the singer joked about being a dad for April Fools Day on Twitter, but this time it is very real. The 23-year-old is expecting a baby with his close friend, LA-based stylist Briana Jungwirth. The singer hasn't commented on the news, but a mutual friend of the pair told People magazine: "Louis is happy and very excited about becoming a dad and he thinks Briana will be an amazing mother."

The friend continued, "It was a surprise at first, but he and Briana are very, very close friends and this has brought them even closer." Louis and Briana, who is also 23, are said to have met through mutual pals following his split from longtime partner Eleanor Calder in March. 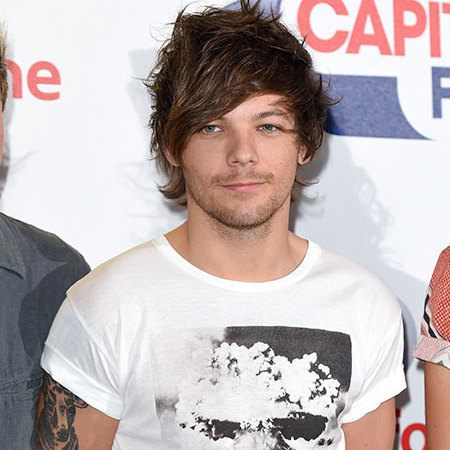 "Although Louis and Briana aren't in a relationship, their friendship is extremely strong and they are both really excited about the baby," the pal added. "It's early days and Briana and the baby's health are the most important things right now."

The star has plenty of experience with newborns; Louis' mom Johanna, a trained midwife, gave birth to twins Ernest and Doris in February 2014. According to People, the future grandmother flew to Los Angeles to meet Briana's parents for the first time over the Fourth of July holiday. The two families "really hit it off when they met," the friend added. "They are all excited and totally supportive."