Ryan Reynolds has made a name for himself as one of Hollywood's top actors, but the role that's most important to him is fatherhood. Though he must leave home to film movies for months at a time, the 38-year-old said he looks forward to the breaks to spend time with wife Blake Lively and 6-month-old daughter James.

“I really cherish that and especially having a daughter, those three months used to drive me insane when I was a young buck, single and carefree. Now I just want to be with my daughter,” he told fans at an interview with AOL Build on July 6 in New York. “You start to try to make the most of the time you have with this person.” 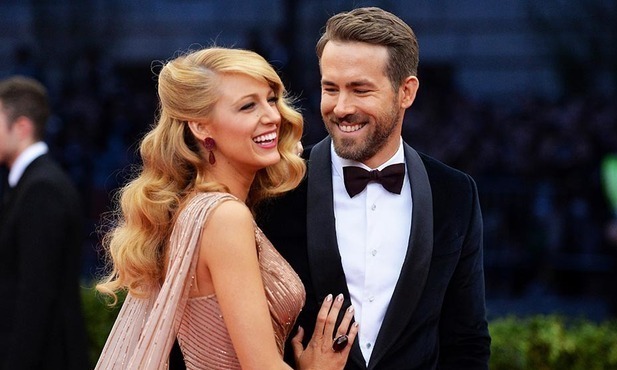 Ryan and Blake tied the knot in South Carolina in 2012 Photo: Getty Images

The hunk has spent the best part of four months back home in Vancouver filming the action film Deadpool and explained how he hoped on a plane within an hour of wrapping with chunks of glue and makeup still on his face saying, “I’ll do anything to be with them."

Keen on not missing any major milestones in his daughter's life, Ryan gushed about James' "talking" skills. “We're getting a lot of sounds, nothing that sounds like discernible English at this point. I'm mocking her a lot,” joked Ryan during an appearance on Live with Kelly and Michael. “She’s sleeping through the night now. Six months is a nice age.”

Ryan and Blake, 27, who tied the knot in 2012, became a family of three over the holidays in December and have kept a rather low profile ever since, even keeping the baby's unusual name under wraps for a few months and finally revealing a photo of her in May.

Happy Fathers Day!!! ... @vancityreynolds Since the day our baby was born, I've felt so strongly in my heart that you were most likely the father. #ILoveYouSoMuchItsSilly


This past Father’s Day, the father-of-one received some criticism after a photo showed the star posing with his daughter in what experts argued was an “unsafe manner.” Ryan has admitted that he now knows that James wasn’t properly strapped into her carrier and has learned from his misstep. “I'm a first time dad. And that is not the first mistake I've made. And I can guarantee it won't be the last," he told Today. "I had never used that particular carrier before so every other time it's been perfect."

Ryan is currently on the road promoting his latest movie Self/Less while his girls are over in Bangkok where Blake is filming the movie All I See Is You.