Clearly three of the Kardashian ladies got the same fashion memo as Kim, Kylie and Kris Jenner all stepped out wearing a version a sheer dress for DailyMail’s “Seriously Popular” yacht party at the Cannes Lions International Festival of Creativity on Wednesday. Though the color and cut-outs were unique to each gal, they all showed off a little bit of skin with Kim leading the way.

The pregnant reality star donned a completely sheer black long-sleeved lace gown by LaQuan Smith with only a black bra and high-wasted hot pants underneath. With so much on display, it was amazing you could only see the hint of a baby bump in the skin-tight outfit.

CLICK FOR MORE PHOTOS OF THEIR NIGHT IN CANNES 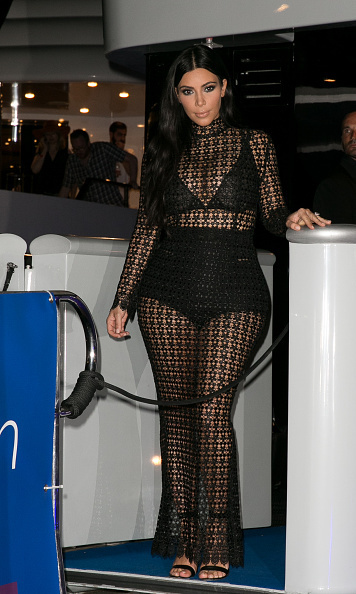 Not afraid to show her pregnant body, Kim even admitted recently she's gained some weight. "I've gained like 15 pounds already," she told TODAY. "It's gone everywhere. It's in my boobs right now. My boobs are huge!"

Following in her sister's footsteps, Kylie also wore a long sheer dress with high-waisted hot pants but went for the more angelic color of white. The 17-year-old was escorted by rapper boyfriend Tyga, who matched his leading lady wearing a white and cream outfit, but skipped anything sheer. Kylie hung with Chrissy Teigen and makeup artist Joyce Bonelli during the party. 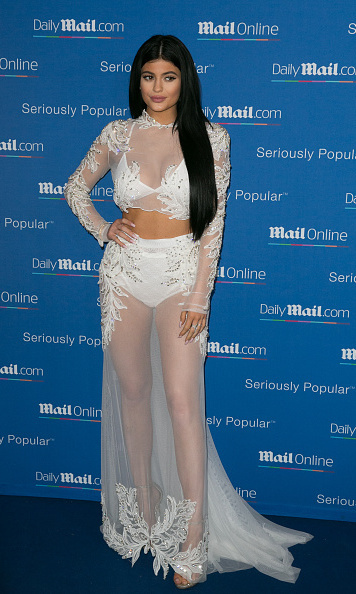 Momager Kris wore a long flowy dress as well, but opted for a more conservative look only rocking sheer sleeves on her blue-hued gown. Escorted by boyfriend Corey Gamble, the 59-year-old still showed off a little skin with her plunging neckline. 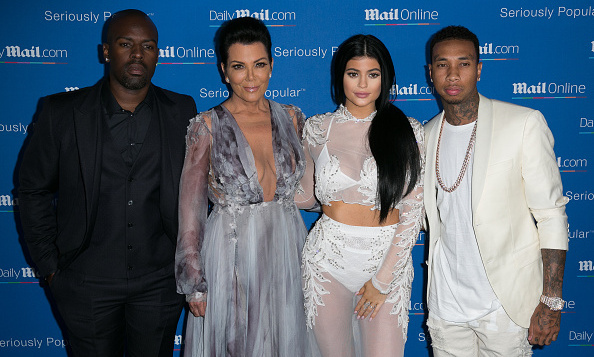 As all three jet setters stepped out for the hot party, the gang is showing no signs of slowing down. Kim is traveling to the U.K. to support husband Kanye West as he headlines this years Glastonbury music festival, and she admitted she's already considering baby number three. "I might try for another one," she added to TODAY. "If God willing that works out for me. Let's see how the rest of it goes."