Taraji P. Henson's riveting portrayal of the character Cookie Lyon on Fox’s breakout television drama Empire almost didn’t happen. The 44-year-old actress admitted to W Magazine that her initial response after being offered the part was “no.” “I was like, this is stupid,” Henson told the magazine, explaining her initial reaction to the role, “Hip hop—dumb, dumb, dumb. But then I started to think, Cookie is going to piss so many people off.” 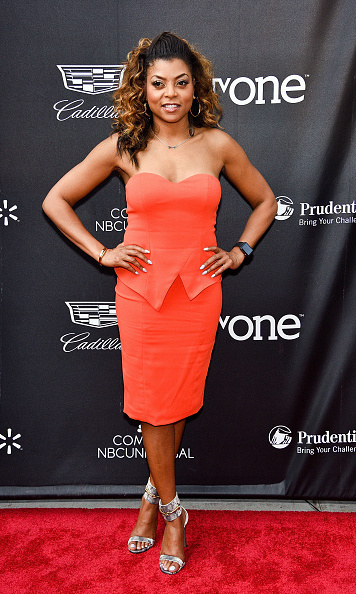 The Empire beauty graces the cover of the magazine’s August “Pop” issue, and fills the pages with stunning photos, photographed by Mert Alas and Mac Piggott. She talked to writer Lynn Hirschberg about Cookie’s style and what it is about the character that is so appealing to the masses.

“Cookie is bold and crazy, and she loves the struggle,” said actress. “She started from the bottom and now she is at the top, in that way we’re alike: Cookie is the American Dream.” Taraji, who graduated from Howard University in Washington, D.C. with a B.A. degree in fine arts in 1995, put herself through school by working two jobs: in the mornings she was a secretary at the Pentagon and at night worked as a singing and dancing waitress on a dinner cruise ship.


Rejection has never gotten in the way of the star's happiness when it comes to her success, which arrived in 2001 with a breakout role in the comedy drama Baby Boy, starring Tyrese Gibson. In 2009, Brad Pitt and Angelina Jolie were more upset about her Academy Award loss for the part of Queenie in The Curious Case of Benjamin Button than she was, she said.

“I was having the time of my life,” Taraji shares with the magazine. “Brad and Angelina rushed up to me and were like ‘Are you okay? I was like ‘Yes! Can I get some more wine?’ They were more concerned about my name not being called than I was.”

#Repost @wmag “Maybe Cookie makes you uncomfortable because she reminds you of yourself. People miss the bigger picture when they start judging.” @TarajiPHenson photographed by @MertAlas and @MacPiggott, styled by @Edward_Enninful. #ThePopIssue

Cookie and the rest of the characters will be back for the second season of Empire on September 23 on FOX.