Like mother like daughter! Angelina Jolie is known for her continued humanitarian work, but it seems daughter Shiloh Jolie-Pitt is following in her footsteps after the two traveled first to Lebanon then Turkey over the weekend in honor of World Refugee Day. Saturday the pair visited the Midyat Refugee Camp in Mardin where the actress was outspoken yet again about the atrocities she was witnessing. 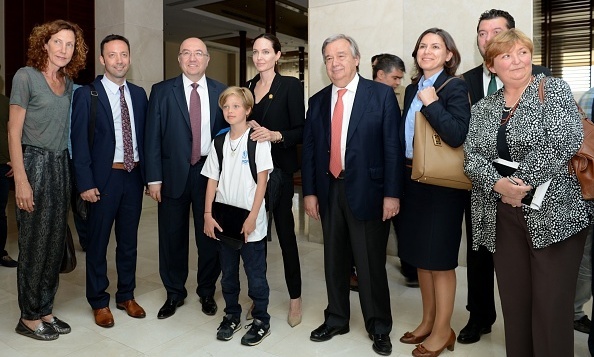 
"We are here for a simple reason: This region is at the epicenter of a global crisis. Nearly 60 million people are displaced from their homes. That is one in every 122 people on our planet. Our world has never been richer or healthier or more advanced. Yet never before have so many people been dispossessed and stripped of their basic human rights," she said in a statement that has since been published in its entirety on The UN Refugee Agency website. "We should call this what it is: not just a 'refugee crisis,' but a crisis of global security and governance, that is manifesting itself in the worst refugee crisis ever recorded – and a time of mass displacement."

To see the crisis first hand, she and Shiloh walked through a Syrian and Iraqi refugee camp on Saturday. They were surrounded by crowds of people hoping to snap a picture of the A-lister, who was wearing all black, and her daughter, 9, who donned a blue t-shirt. 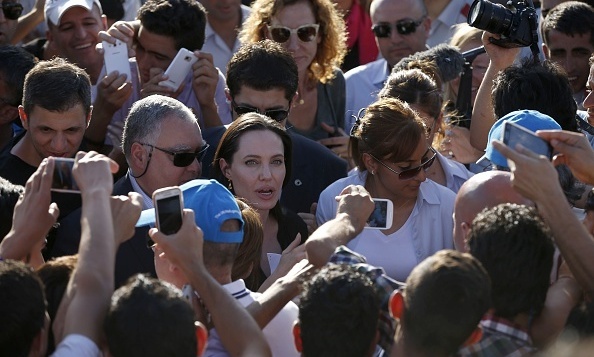 Angie was swarmed by crowds at the refugee camp Photo: Getty Images

The 40-year-old, who serves as a special envoy of the United Nations High Commissioner for Refugees (UNHCR), said in her speech that she had traveled to Lebanon on Friday where Shiloh met a 12-year-old Syrian girl named Hala, whom Angelina met a year ago during another humanitarian trip. "Shiloh is very aware that I hold refugee families in high regard and has been asking to come on missions and meet them for many years," Angie told People magazine. "Upon leaving the family, Shiloh asked many questions. It is of course hard to explain all of the harsh realities of war and displacement. She said she felt sad, but was happy that she went and is looking forward to the next visit." 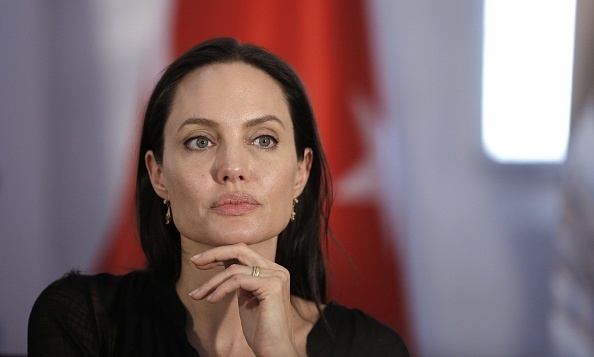 The actress was outspoken about the situation in the Middle East Photo: Getty Images


According to a press release from the UNHCR the actress and U.N. High Commissioner for Refugees Antonio Guterres met Turkish President Tayyip Erdogan in the city of Midyat 30 miles from the Syrian border. She also attended a Ramadan fast-breaking dinner at a nearby camp. This was Angie's third visit to Turkey since 2011, when the conflict in Syria began. The war has displaced more than 3 million refugees.