Hollywood’s leading men have it all: looks, talent and charm. What makes some them even hotter? The fact that they’re doting dads as well.Through personal snaps at their lavish homes to glamorous industry outings, these responsible fathers know what’s best when it comes to being dreamy while attentive to their children all at the same time.

CLICK THE PHOTO TO SEE ALL THE PRECIOUS MOMENTS: 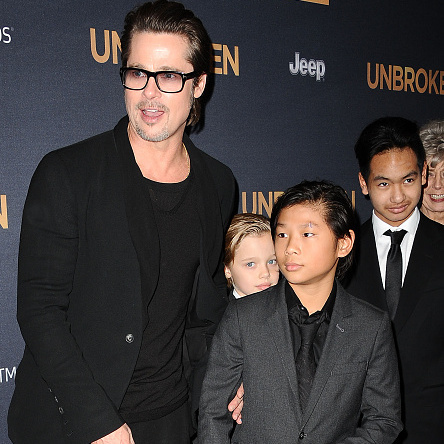 Brad Pitt with 3 of his children at the premiere of 'Unbroken' Photo: Jason LaVeris

First up on our list is longtime heartthrob Brad Pitt . The husband of Angelina Jolie is also father to six. The actor opened up about how being a father has changed his life. “It pleases me so much. I get so warm. I don’t even see in that, anymore, what their lives could have been," he shared to Details Magazine of his diverse children. "I have to intellectually think about that. They are a bond, they are a family. And I want to see those bonds and that family grow. And that right there, sitting in our kitchen, is how I want to see the world. It’s how I want the world to be.” 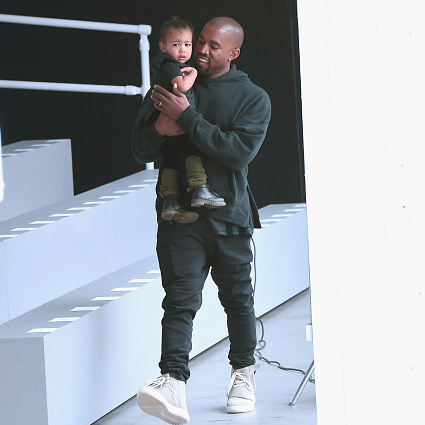 Kanye West is another long time resident in the Hollywood scene, long before he made things official with wife Kim Kardashian, Kanye was but a successful and single rapper. Fatherhood just two years ago seemed to warm his tough exterior making our list of attractive dads today. In an interview with Ellen Degeneres on her talk show the rapper agreed stating, "I think I'm a better human being because of her [wife Kim Kardashian] and because of my daughter, and I always have someone to think about going home to: something for me to not only to be brave for what I want to do for humanity, but also to be more protective of myself for my family.”

The transformation from eligible bachelor to reliable father-figure does not begin and end with these two icons. From Orlando Bloom to Neil Patrick Harris, we round up the most doting, handsome fathers as we celebrate them this Father's Day.