Rumer Willis may have danced her way to victory on Dancing with the Stars, but her family has no ambition to follow in her footsteps and say they're in awe of her. Speaking to HELLO! at the Fragrance Foundation Awards in New York City, Rumer's step-mother Emma Heming Willis said she would never join the show "in a million years," but thought the brunette beauty was amazing.

"She was amazing. We couldn’t believe how she made it look so easy," Emma confided. "She's never danced before - I mean she has moves and has rhythm, but we were blown away. She deserved to win." 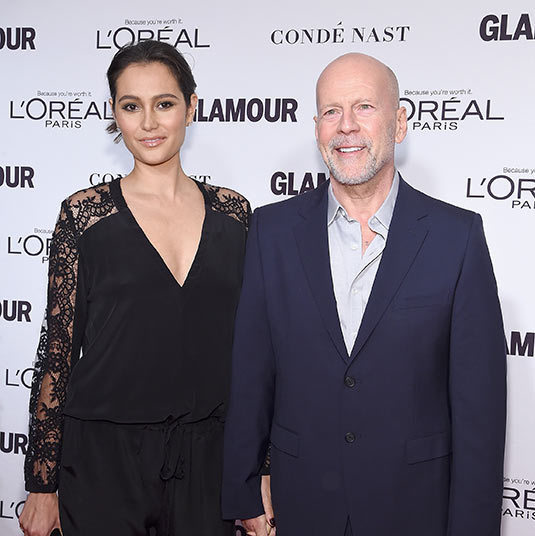 Emma Heming Willis said neither she nor Bruce would compete on DWTS Photo: Getty Images

While they are proud, the 36-year-old, who is married to Rumer's dad Bruce Willis, also insisted that the Die Hard actor would not even consider participating in the television show. "Never in a million years would he do it," Emma shared. "We'll all just live vicariously through Rumer."

The mom-of-two, who joined Bruce in the audience at the show's finale, added that she had been incredibly nervous while watching Rumer perform. "We were all like dry mouth, oh my god. Meanwhile she was totally fine," Emma said. "Anytime we'd see her before she was just like 'Hey', and I was like 'Oh my god how are you so calm right now?' She was amazing."

While Rumer has been lauded for her dancing talent, she has also been praised for her honesty after penning an essay on body confidence for Glamour. The 26-year-old's former stepfather Ashton Kutcher branded her as "amazing" in a Facebook post after she penned the article – a sentiment her stepmother shares.