It seemed like Charlize Theron and Sean Penn were the perfect match, always gushing about each other during interviews throughout their year-and-a-half romance. Now, after becoming one of Hollywood's most talked about power couples, the duo have apparently broken up.

According to US Weekly, the statuesque blonde ended their relationship and called off their reported engagement after spending time with her partner in Cannes where they were photographed walking the red carpet and days later in a loving embrace at the Life Ball in Vienna. 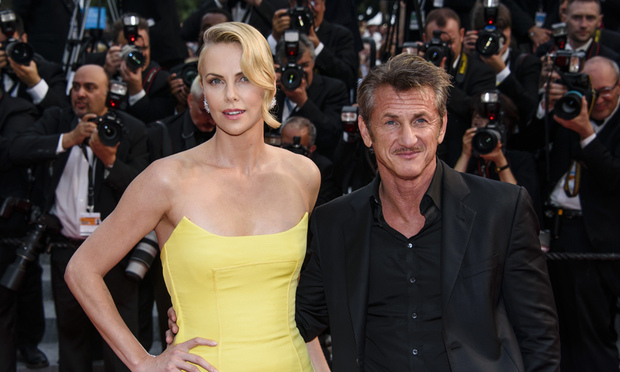 It had seemed that the relationship, which began around December 2013 after an 18-year friendship, was rock solid. They quickly became inseparable and he seemed to dote on her adopted son Jackson. The 54-year-old had even filed papers to adopt three-year-old Jackson according to Page Six.

In an interview in April with Esquire, Charlize said: "I'm a very, very, very lucky girl. Very lucky. He's hot." The 39-year-old actress then joked: "How do you say that in an interview? You’re a forty-year-old woman sounding like a sixteen-year-old. I think we’re both finding ourselves at this moment in our lives kind of shocked. Both of us. It is nice to be in something where the friendship came first."

Sean, who was married twice before and has two children of his own, has never confirmed the engagement but he talked extensively about what it would mean to marry again.

He told Esquire magazine: "I wouldn't even consider it a third marriage, I’d consider it a first marriage on its own terms if I got married again. I mean, I like the tradition. A friend of mine wrote a line, "Without tradition, new things die." And I don’t want new things to die."