Calvin Harris is comfortably in a relationship with Taylor Swift, but before the pop star the DJ dated another famous singer, Rita Ora. Now, the "I Will Never Let You Down" songstress opened up about their breakup and how did just that. The British beauty opened up about the relationship in the July issue of Marie Claire saying, "There was a reason why I split up with him." 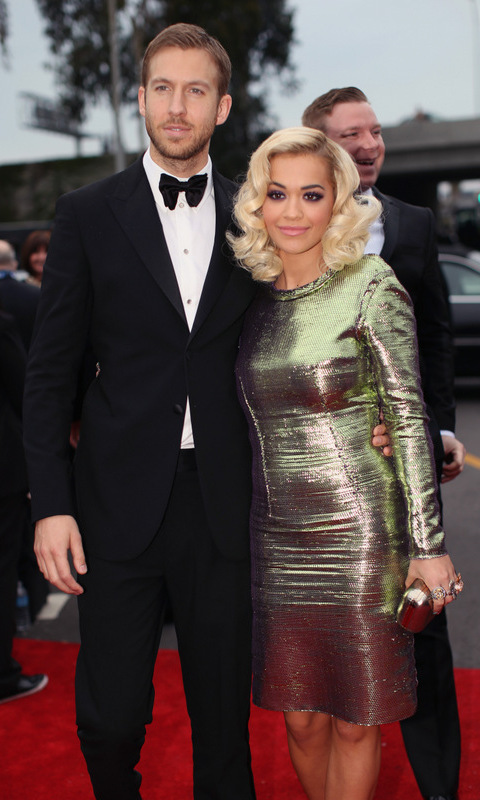 Rita and Calvin at the 2014 Grammys Photo: Getty Images

The 24-year-old dated the Scottish hottie from May 2013 through early 2014 and their split was announced via Calvin on Twitter. "To address speculation — myself and Rita ended our relationship some time ago," he wrote last June. "She is a beautiful, talented woman & I wish her all the best."

At first, Rita admitted the breakup was amicable, but later turned sour. "There was a reason why I'm at this point in my life where I feel like I have so much musical freedom, and I don't have to explain myself to anybody," she said in the interview. "It was more of a thing where I was in awe. I was at that point in my relationship where I felt he could do no wrong. I thought he had my back and that he'd never steer me wrong. But then "I Will Never Let You Down" came out, and everything started to go a bit weird. I don't know if it was because business was mixed with personal or what." 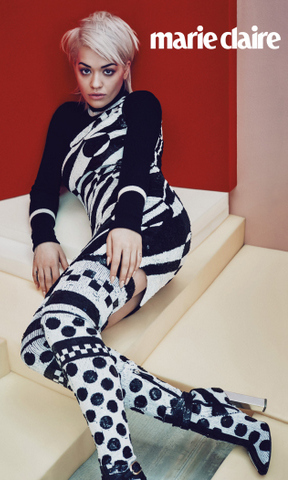 Rita had revealed earlier that Calvin had prevented her from performing the single, which he wrote and produced, during the Teen Choice Awards. "For anybody who doesn’t understand how it works, he wrote and produced the song," the singer told Ryan Seacrest. "So he has to approve anything TV-wise... And obviously he owns the rights to it, and he didn’t approve the Teen Choice Awards."

Quick to defend himself, Calvin made his own statements about the situation. "You'll only know 1 side of the story RE Teen choice awards because I choose not to talk to the papers about every aspect of my personal life," he tweeted a day later. "But just know I had a damn good reason."

Though this relationship ended, Rita spoke openly about dating in general. "I’m afraid of being alone… I’m not afraid to admit that, you know. I’m not embarrassed to admit that," she shared with the magazine. "I just hope it’s not a never-ending cycle. Sometimes love just makes you feel crazy. And that feeling that we have as girls, just to have that feeling, even for five seconds... It’s like comfort eating.” 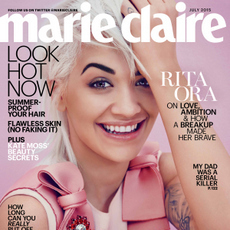 Pick up the new Marie Claire on newstands June 23