Charlize Theron proved she's not only gorgeous, but hilarious as well while she presented her A Million Ways To Die In The West co-star Seth MacFarlane with the Genius Award at the Critics' Choice TV Awards on Sunday. Dressed in a stunning black fitted Cushnie et Ochs dress with several cutouts and a thigh-high slit, the 39-year-old joked that the Family Guy creator only made the 2014 comedy western so that he could make out with her.

"He made A Million Ways to Die In The West, which let’s be honest was just a $40 million excuse to make out with me," she told the audience at the televised awards show in Beverly Hills. 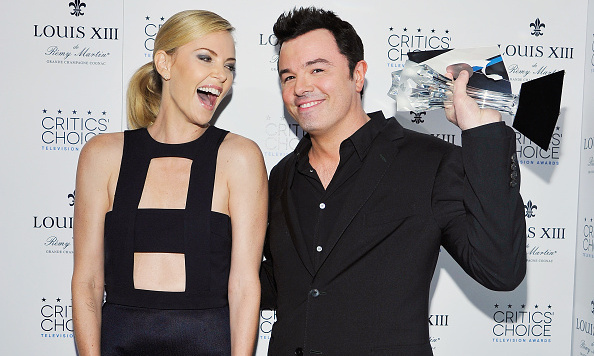 Charlize poked fun at Seth MacFarlane while presenting him with the Genius Award Photo: Getty Images

The blonde beauty went on to honor the 41-year-old saying, "Seth MacFarlane does not shy away from offending. And it has made him one of the most successful television writers and producers." Charlize couldn't help but to throw one more jab in at the comedian quipping, "And single. Yes, he is single."

While accepting the award, Seth poked fun at himself, "I'd like to thank my wife Alicia who I married three hours ago after my publicist said it’d make my speech more relatable."

Another surprising acceptance speech came from actress Allison Janney, but it wasn't her words that shocked everyone. The 55-year-old engaged talk show host James Corden in a full on lip lock after he presented her with the award for Best Supporting Actress In A Comedy Series. "I didn't mean anything by that," Allison quipped after the impromptu kiss adding that she was just a huge fan of the comic. 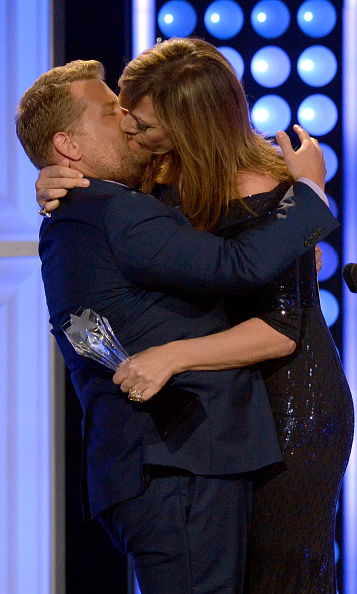 Silicon Valley's TJ Miller had the crowd cracking up as well when he stuffed his face full of food before accepting the award for Best Supporting Actor in a Comedy Series. "I thought I was going to lose, so I ate a lot," he said on stage while still chewing his food. 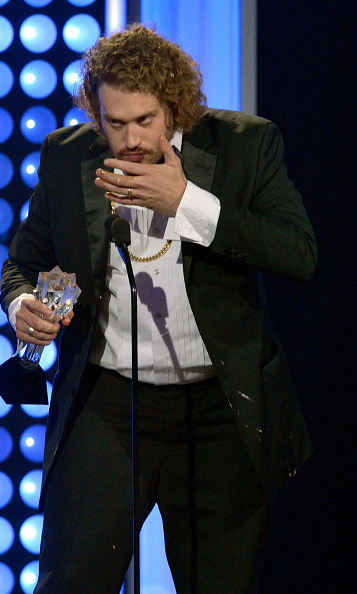 And though she won Best Actress in a Drama Series, Taraji P. Henson joked co-star Terrence Howard, who plays her ex-husband, music mogul Lucious Lyon, owes her money. "We created such an incredible family on Empire, there's no Cookie without Lucious," she shared. "I fought for you, you owe me five percent of your money."

HA! The love in the room from SO MANY I look up too and appreciate. Soooooo overwhelming. #GodIs #CriticsChoiceAwards2015 Thank you from the bottom of my heart!!!!


Clearly overjoyed with her big win, Taraji took to Instagram to post a picture of her toasting with her table. "The love in the room from SO MANY I look up too and appreciate," the actress, who wore a black dress with cut outs, captioned the photo. "Soooooo overwhelming. #GodIs #CriticsChoiceAwards2015 Thank you from the bottom of my heart!!!!" 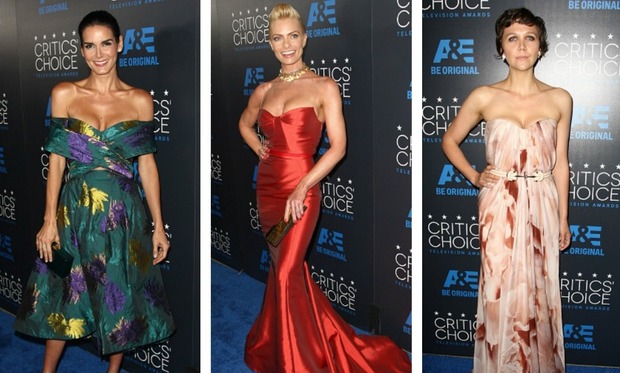 When it came to the top fashion moments of the night, Maggie Gyllenhaal, Jaime Pressly and Angie Harmon all dazzled wearing colorful ensembles that showed off a bit of skin. Jaime donned a blood orange satin dress while Maggie and Angie both wore unique floral frocks.