On Thursday night, it seemed as if living rooms across America were visited by every celebrity in Hollywood wearing red noses. Although the inaugural Red Nose Day telethon that aired on NBC took place in New York City, the likes of Jennifer Aniston, Emily Blunt, Zac Efron and Reese Witherspoon all made appearances in the form of a hilarious introductory video.


Also helping out from the stage at the live event were Gwyneth Paltrow (she "pulled off" getting stuck on her way down from the roof,) Elisabeth Moss, Nick Cannon (who danced for 24 hours), Rose Byrne, Olivia Wilde and hosts Seth Meyers, Jane Krakowski and David Duchovny. Red Nose Day originated in the U.K. and has seen over a billion dollars raised to help get children around the world out of poverty.

Over 100 celebrities helped to make the Red Nose Day a success (over $21 million has been raised thus far) and 12 charities benefited from the funds including Feeding America, charity: water, Save the Children and Children’s Health Fund. Jack Black was brought to tears during his visit to Uganda as was Michelle Rodriguez, who witnessed Peruvian children turning heavy bricks in order to make a buck.

The moving event not only shed light on world issues but also saw all these stars "being funny for money."

Click the gallery below to see pics from this event and the best of the rest from the week: 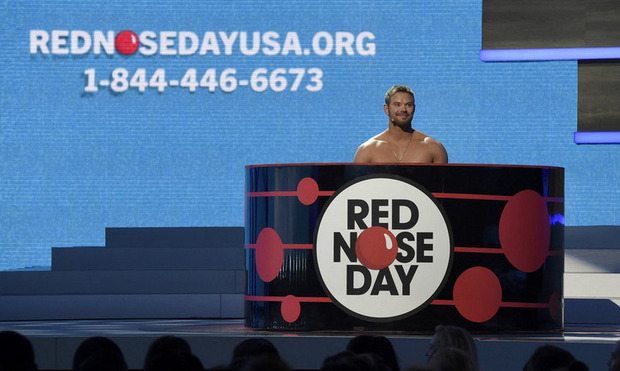