James Corden booking the guys of One Direction on his May 14 Late Late Show wasn’t due to circumstance or their being the hottest group right now. It came largely in part thanks to Louis Tomlinson’s mother! “We were very lucky in that I’ve known, I first met Louis, Louis’s mom was a chaperone on a TV show that I did in 2002,” he explained during a CBS Summer Press Day in West Hollywood. “She used to chaperone a couple of the younger kids on the show, and Louis would hang around on the set a little bit.” 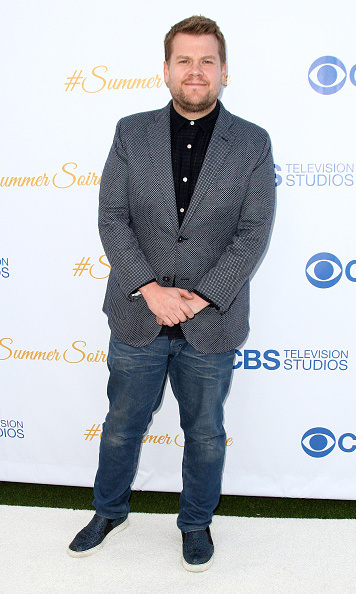 After the boys moved to London and made it big with X Factor, his concerned mother asked James to look out for the boys. “She then wrote me an email and said, ‘I don’t know if you really remember my son, but he’s in this band and he’s in London on his own,” he continued. “Is there any way that you could look out for him?’ I said “of course. Absolutely.’ So they would come around a couple of times and we would play PlayStation games and eat pizza, and my wife would feel like she was babysitting us.”

Because of this close, personal connection, the group felt comfortable coming on his show and discussing the most troubling moment in the band’s history… and getting whacked with a few giant, rubber balls. The boys of 1D were hardly James’ only musical guests as he has done car karaoke with two legendary singers: Jennifer Hudson and Mariah Carey. James told Hello! his wishlist for whom he would like to get in the car to belt out a tune: “Rod Stewart. Prince. Justin Bieber. Springsteen.” 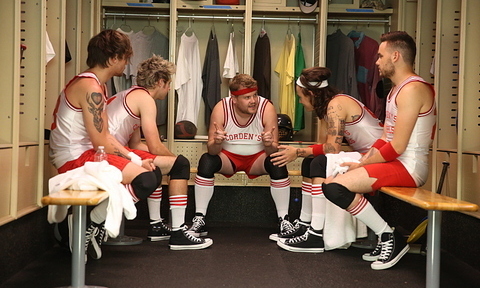 One dream guest that won’t be making it on the Late Late Show is David Letterman. “I sent him an email when we started the show asking if we could do an interview with him in his theater,” James shared. “He sent back the kindest email and he said ‘I hope you don’t mind. I’m not going to do the interview. I think that people are sick of hearing from me.’”

While James couldn’t disagree more to Dave’s sentiment, he also credits The Late Show host for his start, even if it was just via the TV. When James was living in New York City performing on Broadway in The History Boys, he became extremely homesick wishing he could just phone his parents and sister and stumbled upon the late night shows. 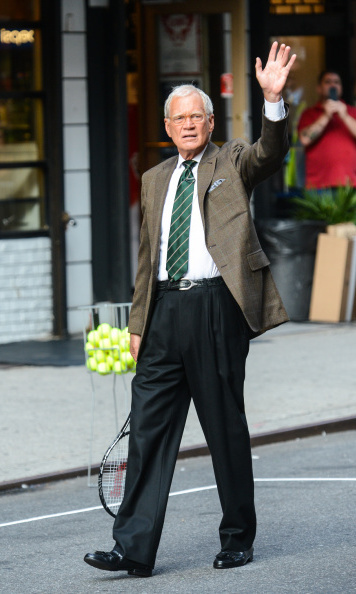 “I didn’t know about this phenomenon,” the Brit said. “This trope of late night television that airs at midnight and 11:30 every night… I would put my TV on and there was this guy on, and I think I found a connection with this guy in a way that so many others have and in a much deeper sense over the last 30 years where it suddenly became clear what the power of late night hosts is and are.”

Thanks to that ‘friendship’ through the television, James started to get over missing his family. He shared: “And suddenly that last hour of the day stopped being a time where I wished that I could ring my parents, but became a time where I could really look forward to what this guy was going to do tonight or what he was going to say tonight or how it was going to be and he was talking to me, directly to me, in bed.”

Now, it is James’ turn to be that for some young 20-somethings.