While most of the world has a crush on George Clooney, Julia Roberts is fond of the actor's wife. The funny red head, who just wrapped Money Monster with George, said she was "enamored" after meeting Amal Clooney and has already struck up a friendship with the lawyer.

“We went out to dinner. I met her at dinner,” Julia told Extra’s AJ Calloway. “George doesn’t need my approval, but I’m quite enamored with her." 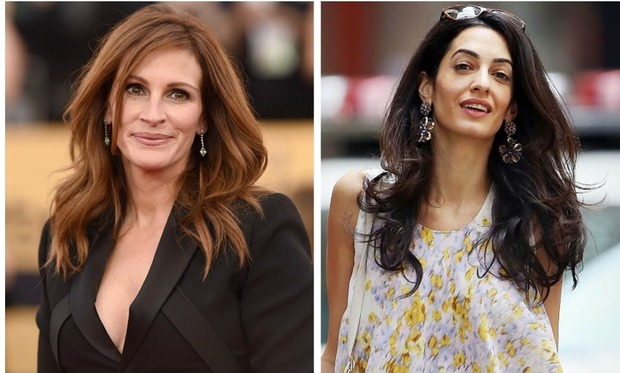 Julia revealed she has struck up a friendship with Amal Photos: Getty Images

Amal seems to be charming everyone she meets and most importantly her husband, who was Hollywood's most eligible bachelor for years. The 54-year-old actor can't stop gushing about his Lebanese beauty. "There was nothing tough about it," George, said in a new interview with news.com.au . "Our only adjustments are figuring out our schedules. Our deal is that we can't be more than a week apart. So far that's worked out pretty well." 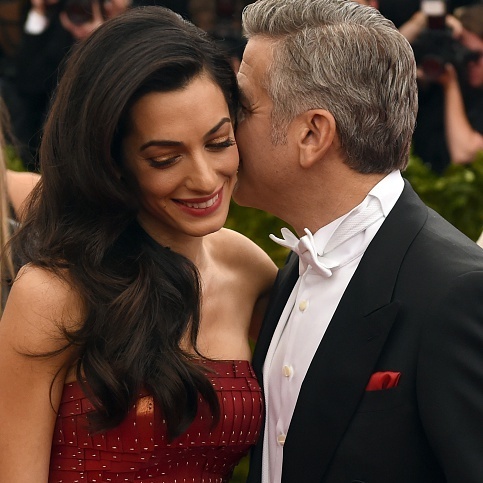 George has been gushing about his wife recently Photo: Getty Images

And the Tomorrowland star admitted his wife is actually the brains of the couple. "We don't disagree on many things so far," he revealed. "Since she's smarter than me, the only way we resolve anything is by arm wrestling. That is my only chance of winning anything with her because if it's an intellectual battle, I would lose. She's the smart one in the family."

Another intelligent woman in both Julia and George's life is Money Monster director Jodie Foster. “George and I were pinching each other,” Julia added in her interview. “Like, ‘How did we end up with this brainiac girl?’ It was awesome!” 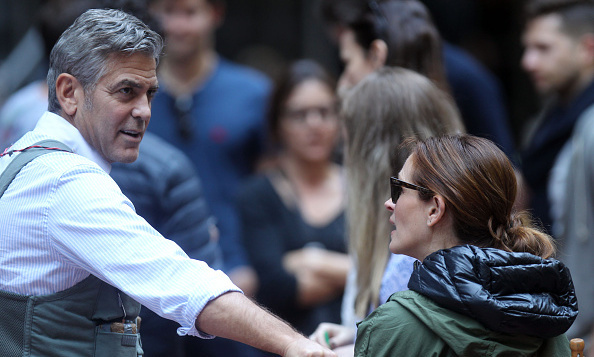 Julia and George are starring in the film 'Money Monster' together Photo: Getty Images

While they bonded over the love of the women in their life, George and Julia also both appeared on The Late Show this week to say goodbye to David Letterman as he prepares to retire on May 20.

Speaking of intelligence, although she has been on the show 26 times, Julia revealed she was anxious before her first interview in 1989, almost turning down the opportunity because she didn't think she was smart enough. "The first time I was on this show was to promote Mystic Pizza, and as a fan of the show, I did not want to come on because I had seen you absolutely dismember young actresses of my kind of peer group," the 47-year-old shared on Wednesday's show. "And I thought, 'I'm going to go on, and he's going to know within 10 seconds what my IQ is, and you are going to like a samurai, just sort of like Benihana me into pieces and I'll be left for dead and forgotten." 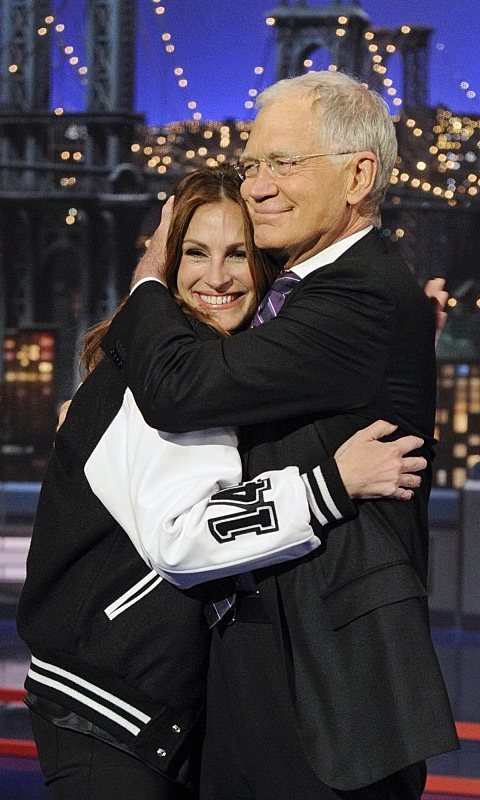 Notorious prankster George opted for a funny bit during his appearance handcuffing himself to David. "You're not going anywhere David Letterman," he said attaching himself to the 68-year-old and throwing the key into the audience. The equally witty comedian quipped back asking George if the cuffs were "something leftover from the bachelor days" to which the actor just laughed. 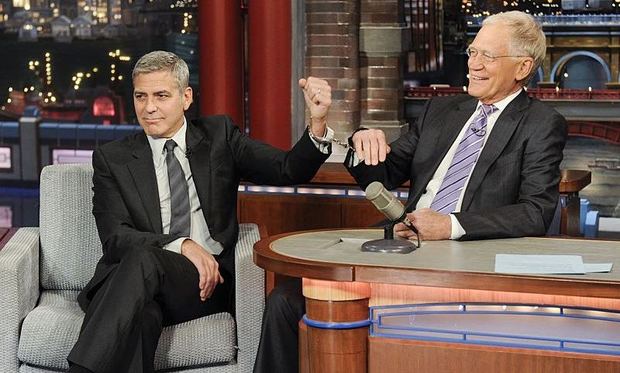 The pair then took a selfie with George giving a heartwarming yet silly tribute to the TV legend. "I've watched you Dave in my underwear. There's not many men I've watched in my underwear," he quipped. "What you've meant to us, all of us, with so many of the laughs and the moments of walking us through times where we didn't know what to do…you belong to us for the ages my friend."

Watch George handcuff himself to David Letterman below: