Julia Roberts is the latest star to appear on the Late Show as David Letterman prepares to go into retirement. Although she has been on the show 26 times, the actress revealed she was anxious before her first interview in 1989, almost turning down the opportunity.

"The first time I was on this show was to promote Mystic Pizza, and as a fan of the show, did not want to come on because I had seen you absolutely dismember young actresses of my kind of peer group," the 47-year-old shared on Wednesday's show. "And I thought, 'I'm going to go on, and he's going to know within 10 seconds what my IQ is, and you are going to like a samurai, just sort of like Benihana me into pieces and I'll be left for dead and forgotten." 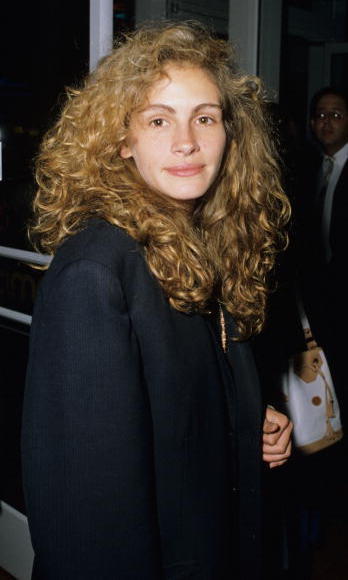 The 68-year-old host didn't deny Julia's reasoning for apprehension. "Well, I'm not going to dispute this," he said. But, when he asked why she thinks he acts that way Julia joked, "Because I think stupid people annoy you."

"Well, that explains my problem with self-loathing," the comedian quipped. The red-headed beauty defended the comedian and her appreciation for being on his show. "You didn't behave that way to me, "Julia continued. "Thus the 26th appearance." 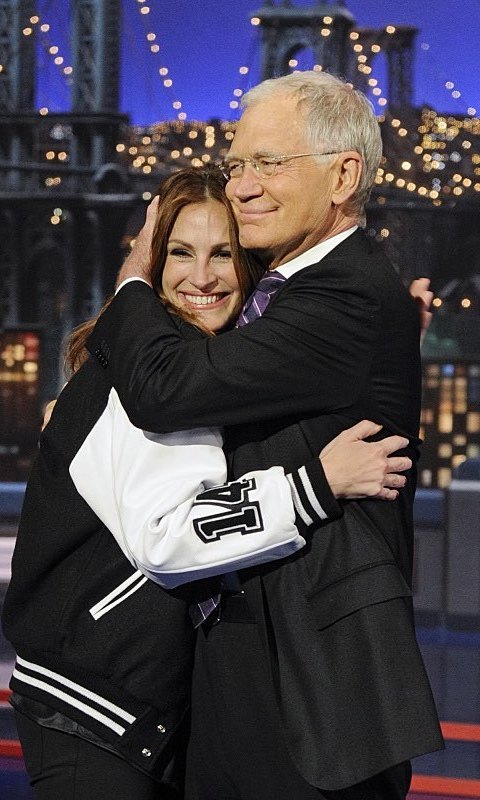 Julia's appearance marks one of the last as David will step down from his hosting duties after 30-plus years on air on May 20. Throughout her many visits, she and the host have locked lips on many occasions. David even put together a highlight reel of all their smooches.

Stephen Colbert is set to replace him as the host of the Late Show.