Just days after HELLO!'s sister publication HOLA! obtained exclusive photos of Bradley Cooper and Irina Shayk kissing in New York, the Russian model appeared on the Pronovias catwalk modeling wedding dresses on Friday. And it seems her new man wasn't too far from her mind. Minutes before hitting the runway, Irina told reporters that she felt “content and very happy” although she declined to respond to questions about her new romance. 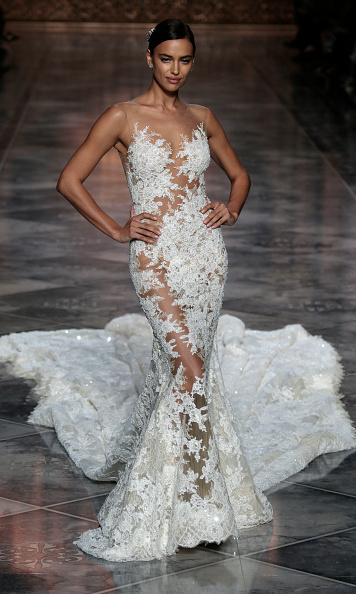 While she stayed quiet about her relationship with the Oscar nominee, just a couple of months ago, the brunette beauty opened up to HOLA! describing her dream guy. “My ideal man is faithful, honest, a gentleman who knows how to respect women," she said in March. "I don’t believe in men that hold us down or make us feel unhappy, because that’s not a man, that’s a boy.” 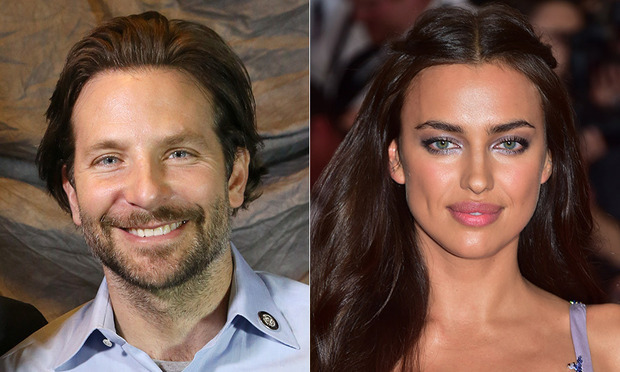 Irina says she is 'content and very happy' after being pictured kissing Bradley Photo: Getty Images

In January, the 29-year-old ended her relationship with European soccer star Cristiano Ronaldo after five years together. “I thought I’d found my ideal man, but I hadn’t,” she shared. “What I’m looking for in a man is that he’s honest. I like someone who is loyal to women… That’s the most important thing a man needs to have.” She now seems to have found what she was looking for in 40-year-old Bradley, who split with British model Suki Waterhouse in February.

“If you are in a relationship, it has to be a good one," she added in the interview. "If it isn’t, it’s best to just leave it. Relationships are hard, so you must be clear about what type of man you want by your side. If you’re with someone, it’s because you’re moving in the same direction and you both are looking for the same thing. Both of you have to share the same concept of what a relationship means.” 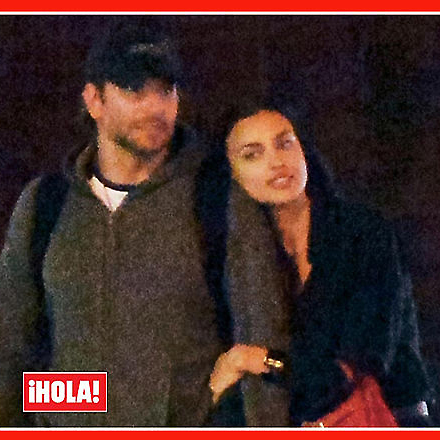 HOLA! had the first exclusive photos of the couple during their romantic walk in NYC Photo: GTRES/Hola

Well, Irina sure seems to be happy, as she was all smiles when presented with a large bouquet of flowers upon landing at Heathrow Airport in London on Saturday. Coincidentally, Bradley was spotted in London on Sunday watching Chelsea take on Liverpool during the Premier League match.

To read more about this new good-looking couple and see more pictures, pick up this week's HELLO! magazine, available via digital download or on Friday at all Barnes & Noble stores and selected newsstands.