Eight months after their spectacular Italian wedding, George Clooney is still gushing about his wife Amal Clooney. Just a few days after stunning at the Met Gala, the actor opened up about his beautiful lawyer spouse and gave a glimpse inside their married life together even admitting there is one habit that Amal is not a big fan of.

"She's an amazing human being," he told ET, as he sat down to talk about his new film project Tomorrowland. "And she's caring. And she also happens to be one of the smartest people I've ever met. And she's got a great sense of humor." 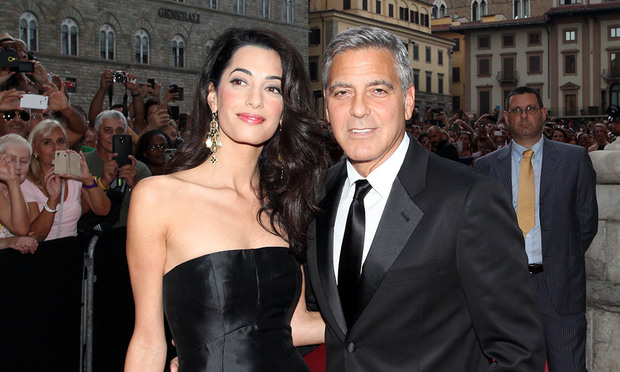 
The Hollywood star, who celebrated his 54th birthday on May 6, also marveled at his wife's professional accomplishments and her sense of style. "She (keeps up to date with fashion) while she's got 11 cases she's working on, and she was teaching at Columbia, and she's still like, 'I want to wear that dress,'" George gushed.

While George and Amal are clearly completely in love, there is one slight hiccup in their domestic happiness. "I watch sports and it kills her, because I got into March Madness a little," he explained. "She got into that, but it was enough. So the next week was the Masters, and I'm watching that and she goes, 'So every weekend we're gonna be watching a sporting event. 'I'm like, 'Actually, that's how it works.'" 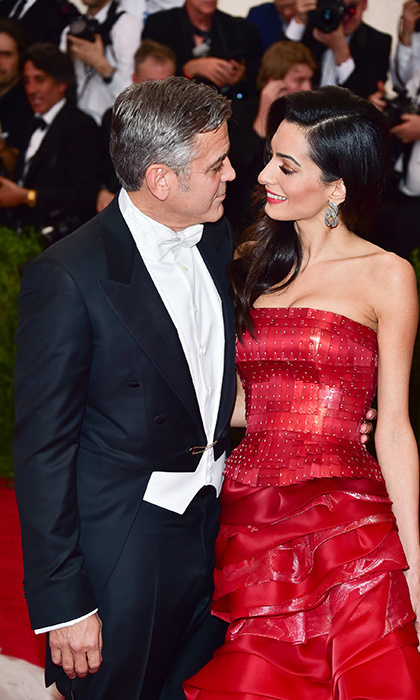 
Earlier this week, George celebrated his birthday with Amal and some close friends. In an interview with Extra on Thursday, he cleared up reports that his wife had bought him a particularly lavish present.

"Ummm, I can't tell you," George initially responded, when asked what gifts he had received from Amal. "But it wasn't a Porsche. Did you see that?" he said of media reports. "Didn't get a blender, didn't get a Porsche. What the heck?!"