Lets face it: Salma Hayek might actually be the most perfect starlet in Hollywood. Not only is she an acclaimed actress, but she has her own production company, co-founded the Cooler Cleanse and created her own skincare collection. Beyond her impressive resume, the 48-year old is also incredibly down-to-earth. In a new interview, she opens up about how she's never used Botox, flies coach and thinks Bradley Cooper is gorgeous. 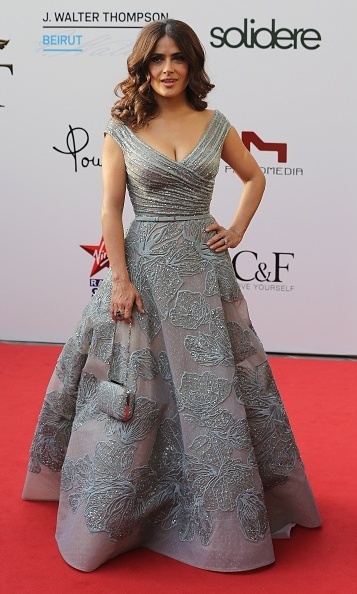 "I use an ingredient called Tepezcohuite that's used in Mexico for burn victims because it completely regenerates the skin, and there's no one in the States who is using this ingredient except for us," Salma told Elle magazine of her skincare routine. "Some of the ingredients, when I took them to the American labs, they were like 'Oh my god! How come nobody is using this?' This is why I have no Botox, no peels, no fillings. I'm 48. I will be 49 this year and I only use my creams."

Her secret to perfect skin comes from her grandmother, who taught her about a secret ingredient. "When we were growing up, people would burn the seed of this fruit called Mamey," she said. "It doesn't exist here, and with the oil, you put it in your lashes to make them grow longer. We use it also on the hair." 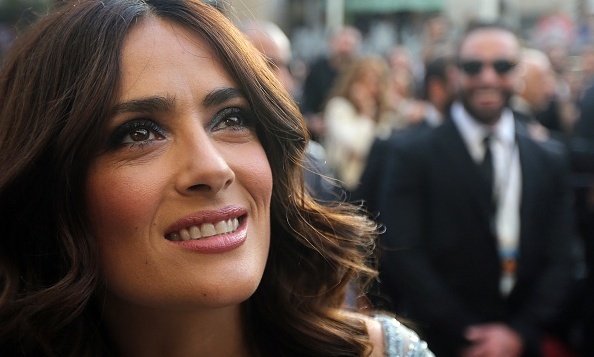 Aside from treating her skin right, the Latin beauty also follows a healthy diet incorporating "super foods" into her meals. "I do a lot of really good recipes with quinoa," she added. "I change it all the time, but I do one quinoa where I put curry and then some sautéed vegetables, and then add the quinoa, and then continue to cook the quinoa with the vegetables and the curry powder, and some Indian spices that I can get in London. And you have a complete meal."

And though she is one of the world's top actresses, Salma also revealed she doesn't always fly first class. "Sometimes I fly first class or business, and sometimes if that's the plane that is the right one for my schedule, I fly coach. And sometimes the plane that is the right plane doesn't even have first class," she said. "I would rather take coach than waste my time. Time is the greatest luxury one can have; even more luxury than first class or a private plane." 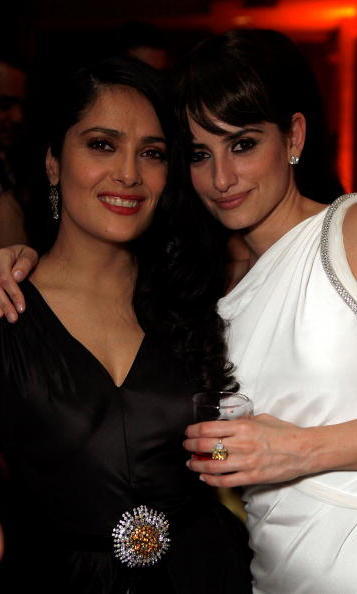 Penelope and Salma have been longtime friends Photo: Getty Images

One luxury that she does have is getting to hang out with some other A-listers, many of whom she is in awe of. The award-winning star thinks Penélope Cruz, Reese Witherspoon, Jada Pinkett Smith, Oprah, Natalie Portman and Cate Blanchett are some of the most beautiful women in Hollywood. 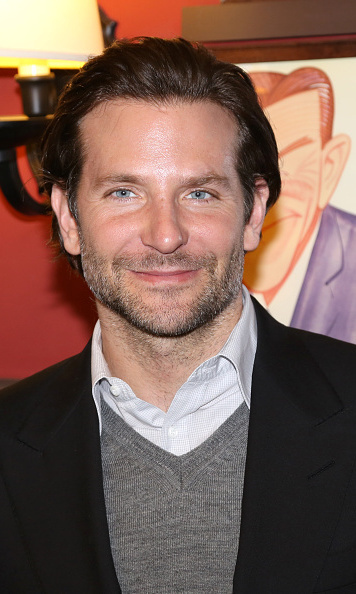 But when it comes to men, it's all about Bradley Cooper, calling him the most eligible bachelor. "I can say that because he's very good friends with my husband. I'm not going to get into trouble," Salma joked. "And you know what, he really is gorgeous. But to me he's gorgeous because he's a gorgeous human being. From any way that you see, he's such a lovely guy. Girls, this is the catch of the year!"