Fans are anxiously awaiting the release of Entourage, the movie, to see how the characters' lives will play out after the hit TV series ended in 2011. One star, Emmanuelle Chriqui, is sharing how hers will turn out in real life. She recently opened up about the new film giving fans a hint at the story line and talked about life off camera, losing her mother to cancer and how she hopes to adopt one day.

"I’m a total tomboy, in real life ask anybody who knows me," Emmanuelle, who plays Sloan in the film, told Ocean Drive Magazine. "Sloan is somebody that I could look at and be like, ‘Wow, I want to be like that; I want to be effortlessly chic and really philanthropic, and I want to breeze through life.’ That would be amazing." 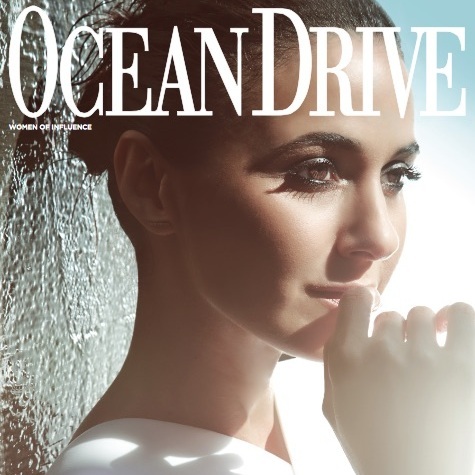 The 37-year-old has followed in her character's footsteps and started working with an organization called I Am That Girl and Raise Hope For Congo both aimed at empowering young women. While Emmanuelle still says she aspires to be more like her character, it was her mother who pushed her toward her dream of becoming an actress. “My mother was a very powerful woman. And she always encouraged me to go after my dreams," added the actress. "She said to me when I was 13, ‘You’re going to become an actress for both of us.’" 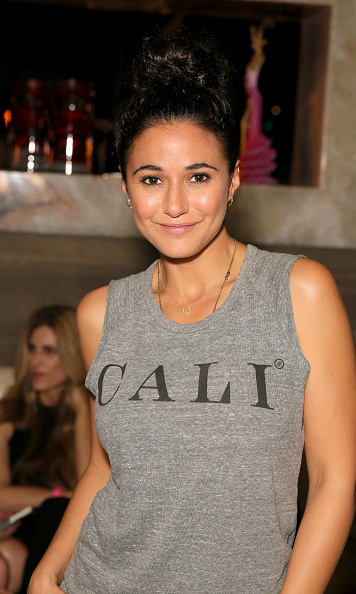 The actress credits her mom for encouraging her to chase her dreams Photo: Getty Images

The brunette beauty revealed she made her mother's dream come true after losing her to cancer at age 16. "My mother was such a fighter," she said. "The cancer just devoured her, but to the last moment she fought, and lived life; two weeks before her death, even though it would take her four hours to get ready, she was very coquettish and she was getting ready and you’d ask, ‘You need help, Mom?’ and she’d say, ‘Nope.’ She was going to do it on her own. And those are the kind of things that when I least expect it, I remember them and go, ‘wow.’"

Though she plays one on screen, Emmanuelle revealed she hopes to be a mother one day. "My dream has always been to adopt, so I’m sure that I will adopt at some point…whether I have some of my own or not kind of remains to be seen.” 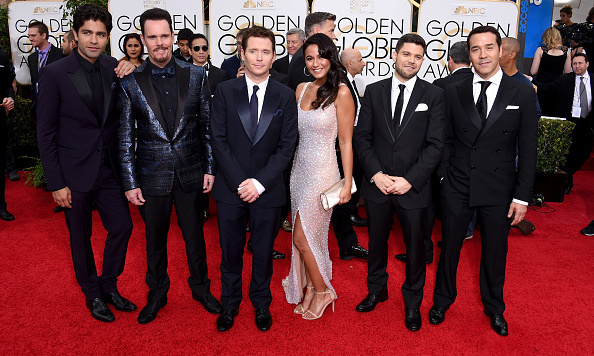 Emmanuelle poses with the guys of Entourage Photo: Getty Images

Meanwhile, her onscreen family joined forces again to create a film version of the HBO series Entourage.“[It] is like the biggest, most awesome version of the television show," she mentioned. "I really feel like when we do see each other, it’s like coming home." The starlet even gives fans a hint of what to expect stating, "Things are nice between her [Sloan] and Eric; they’re not together but they’re co-parenting. And it unravels, as it always does between them.”