This week was all about the dapper men. Leonardo DiCaprio, Chris Pine, Pierce Brosnan and Tom Cruise made their way to Milan to celebrate another impeccably dressed male: Giorgio Armani. During the days of events to celebrate his 40th anniversary of his label, all the men looked like they stepped out of one of Giorgio’s catalogues.

Meanwhile, another gentleman we have trouble turning our eyes away from was in New York City mingling with some Broadway stars. Bradley Cooper, who was nominated this week for his performance in Broadway’s The Elephant Man attended the Tony Awards' Meet the Nominees luncheon at the Diamond Horseshoe Theatre at the Paramount Hotel.

Ciara also turned a few heads when she made her way to Washington D.C. with Seattle Seahawk footballer Russell Wilson . The two raised some questions as to if they are a new item as they attended the State Dinner at the White House.

Click below to see where all your favorite stars male and female were this week: 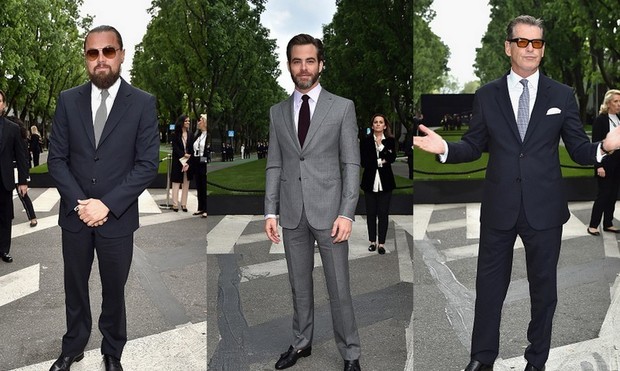