Still battling Lyme disease for three years now, Yolanda Foster took to her Instagram to share a photo of her 15-year-old son Anwar Hadid carrying her, showing the debilitating effects of the illness.

The 51-year-old Real Housewives Of Beverly Hills star captioned the picture to her 844K followers, "Thank you for sharing your compassioned heart and carrying me through these darkest days of my life @anwarhadid #MissingYouAlready #FamilySuport #MyHealthJourney."


Yolanda has become a spokesperson for the disease and even encouraged other celebrity pals to take a bite out of lime for the Lyme Challenge and share the proof on their social media accounts. Her supermodel daughter Gigi Hadid, reality-TV co-stars Kyle Richards, Lisa Vanderpump, Brandi Glanville and Lisa Rinna all participated along with William Shatner, Dr. Oz and Erin Andrews. Yolanda, of course, did the challenge herself with music producer legend and husband David Foster by her side, writing, "It takes a village, please pass it on." 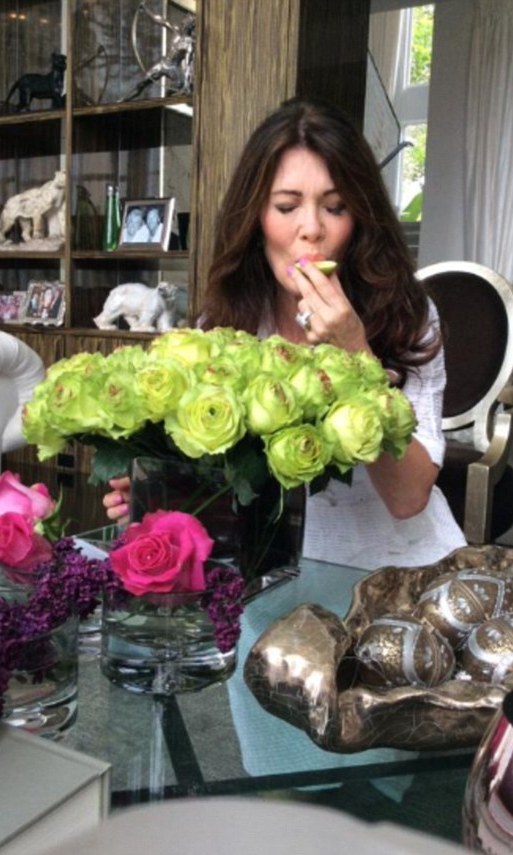 The reality-TV star was diagnosed with Lyme Disease in 2012 and has spoken out about the effect its had on her life. "I went from being an outspoken, multitasking social butterfly to being trapped in a mentally paralyzed cocoon," she said at the Time For Lyme Gala in April 2013, when she accepted the Lyme Research Alliance's Star Award. "Two and a half years ago, I started going to my doctors complaining about exhaustion, joint pain, insomnia, but most importantly, my neurological malfunctions." 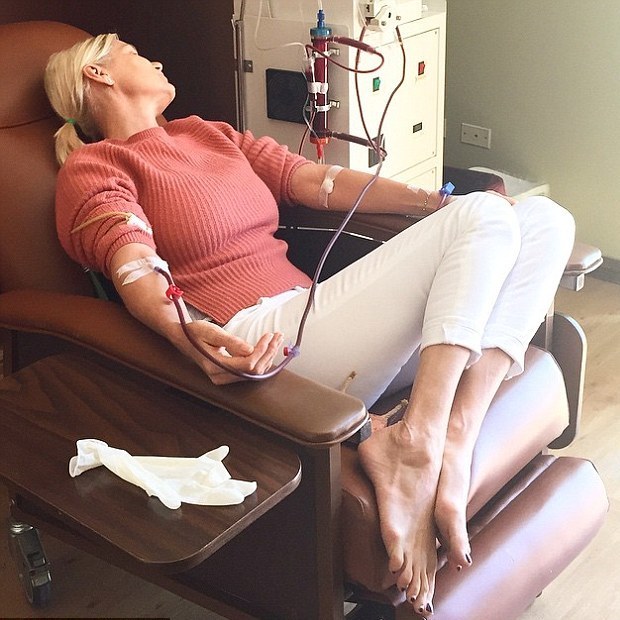 Yolanda has been sharing her battle on social media Photo: Instagram

She went on to post a blog on Bravo.com describing the effects of her illness. "I have lost the ability to read, write, or even watch TV, because I can't process information or any stimulation for that matter," she wrote in January. "It feels like someone came in and confiscated my brain and tied my hands behind my back to just watch and see life go by without me participating in it. Unfortunately I have lost the ability to do so in an intelligent matter at this time." 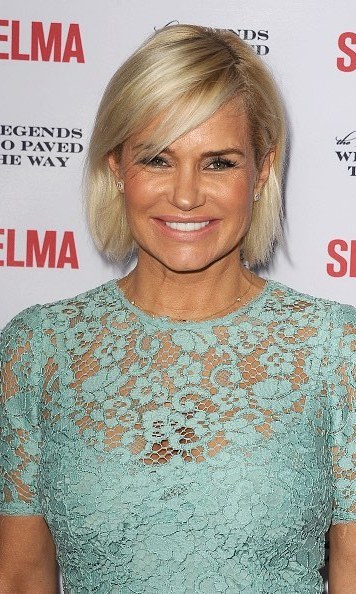 A regular on the red carpet, Yolanda has been forced to give up many of her activities Photo: Getty Images

Trying antibiotics and holistic approaches, Yolanda was able to get a 60 percent recovery before relapsing in December. "The most frustrating thing is that there is medical data on Lyme and spirochete infections going back all the way to 1908," she said. "But yet we still don't have proper diagnostic testing, a vaccine, or a cure for Lyme disease while we are living in the United States of America, the most extraordinary country in the world."

Yolanda has reached out to another celebrity with the disease, Avril Lavigne, who announced she was diagnosed with Lyme Disease in April. "I took Avril under my wing when she first got sick and shared all I know," Yolanda said in an interview with Bravo. She is working tirelessly to find new methods of treatment and experimental therapy.