Amy Schumer is not one to shy away from living in the moment and that rang true on Tuesday at the Time 100 gala. As Kim Kardashian and Kanye West made their way onto the red carpet, the funny lady saw an opportunity to pull a prank on the famous couple, and boy did she go for it. 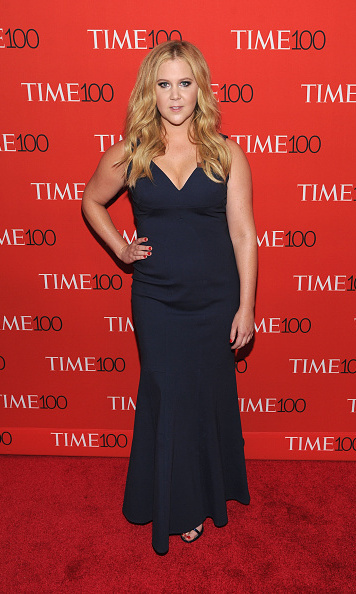 "Do you want to yell at Kanye because he is walking in," Amy asked HELLO! during our chat at the event before deciding to glide in front of them and pretend to fall. While Kim and Kanye were really confused at first, they picked up on the joke as Orange is the New Black star Laverne Cox stood by laughing. 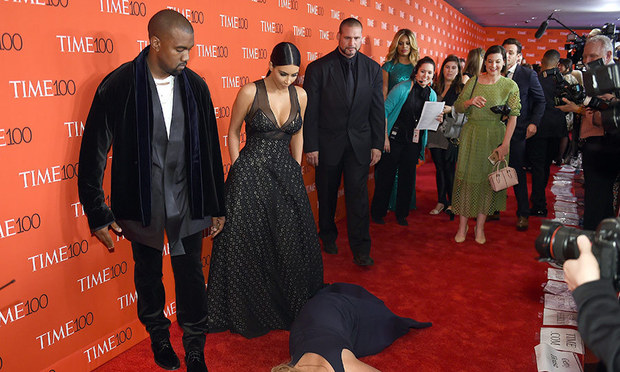 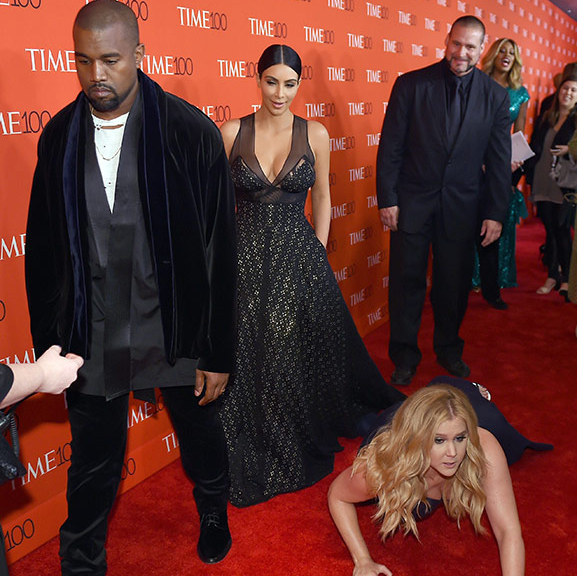 Seconds later, as Bradley Cooper was taking pictures on the carpet, the comedian struck again. This time, Amy yelled out to him for everyone to hear. The American Sniper actor happily called her over to pose together and they were laughing and smiling throughout. 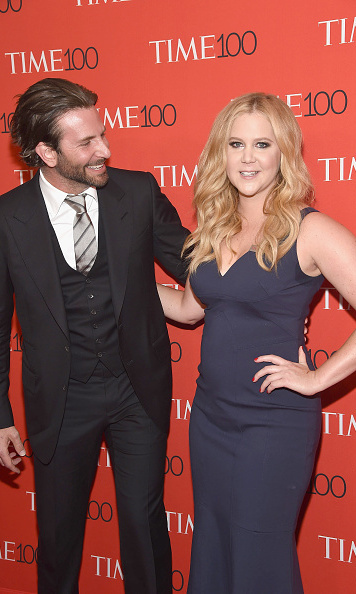 The Inside Amy Schumer star's pranks weren't the only thing that caused a stir at the New York event. Kim's outfit turned heads as she wore a plunging black patterned dress that featured deep pockets and a train. Kanye, however, stuck with his signature style and chose a dark velvet jacket, black trousers, shoes and a white shirt. 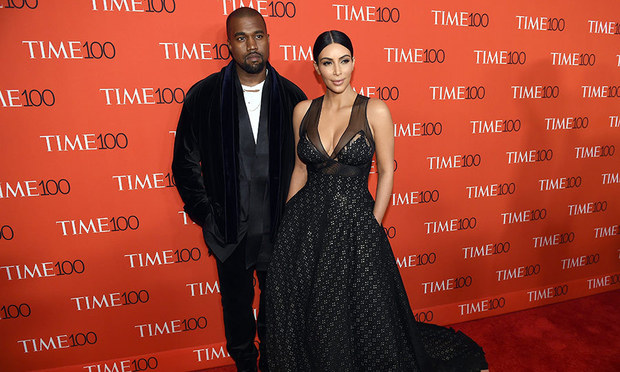 And it was a big night for the 37-year-old rapper. Not only were he and Kim named individually as 'Titans' by Time, he also performed a 20-minute set at the gala, showcasing a number of songs, including "New Slaves" and "Gold Digger." Also inside, Amy and Kim made their way to each other and posed for some photos. 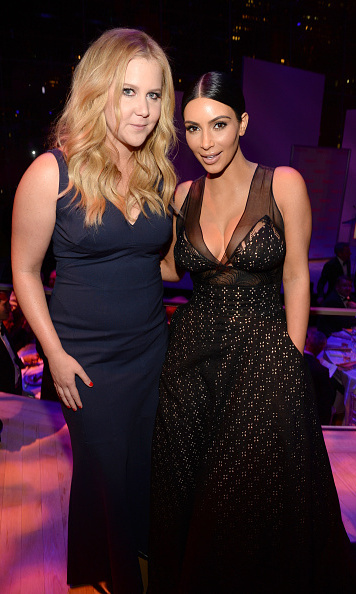 The couple was in very good company in NYC. Emma Watson, Diane Von Furstenburg, The Good Wife's Julianna Margulies, Naomi Campbell, Karlie Kloss and Oscar winner Julianne Moore were among the guests at the Time 100 gala held at Lincoln Center. Kim even had a fangirl moment when she met country duo Faith Hill and Tim McGraw, who also performed. The brunette beauty took to Twitter, "They are seriously my fave couple & have been since high school! It made my night!"

Kim and Kanye joined an impressive roster on this year's 100 list, including Hillary Clinton, President Barack Obama and Pope Francis. Kanye was also featured on one of the magazine's five special covers. "Kanye West would be the first person to tell you he belongs on this list," Elon Musk, founder of aerospace manufacturer and space transport company SpaceX wrote in the singer's Time 100 profile. "Kanye's belief in himself and his incredible tenacity… got him to where he is today."

While Kim didn't land a cover, she did receive praise from a fellow female mogul, Martha Stewart. "Kim exudes energy, sexuality, drama, determination, impetuousness and happiness," Martha wrote. "But she and her famous entrepreneurial siblings – shepherded by a savvy, tireless matriarch – have also expanded the very definition of family."

Though she wrote a glowing essay about the reality star, Martha admitted on the carpet that she hasn't spoken to Kim about it yet. "No, not yet," the 73-year-old told HELLO! at the event when asked if Mrs. West had reached out. "I’m anxious to see her." (Inside, the two ladies did manage to catch up.)

The lifestyle mogul also admitted she doesn't watch Keeping Up With the Kardashians. "I don’t watch it," she added. "If I had time, I would. I watched a few episodes for my essay."

For more photos from the star-studded affair click on the picture below: 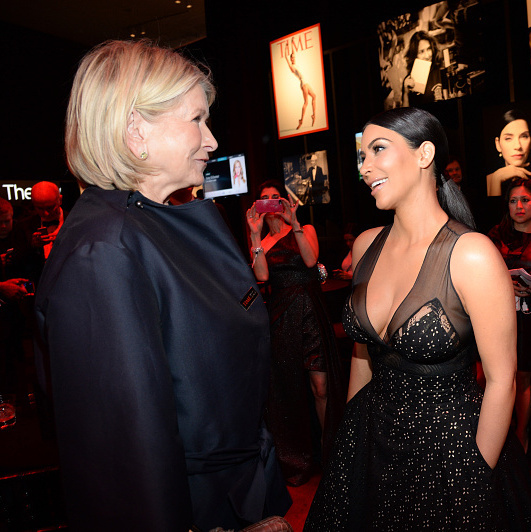