Karen O isn't one to simply blend in, and that seemingly applies to her maternity fashion as well. At the the 30th Annual Rock and Roll Hall of Fame Induction Ceremony Show in Cleveland on Saturday, the Yeah Yeah Yeahs front woman, 36, showed off her baby bump, complete with leather, studs, and a swipe of bold red lipstick. 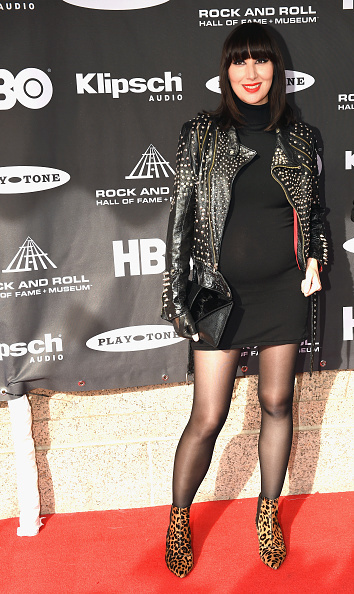 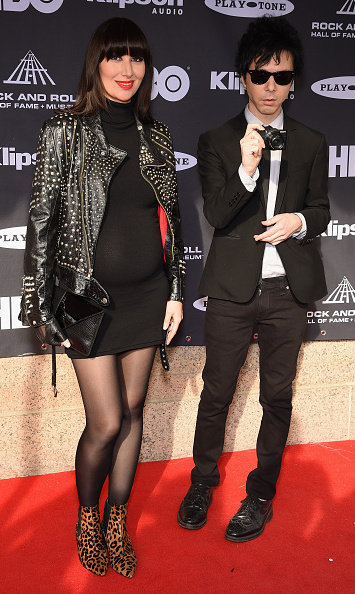 The acclaimed artist, who is married to video director Barnaby Clay, let her ensemble break the pregnancy news: she wore a skintight black mini-dress that hugged her new figure. She accessorized the all-black ensemble look with details complimentary of her bold style taste, including animal-print booties and a black leather glove.

Later in the evening, Karen took to the stage to perform in a tribute to the legendary Lou Reed. She performed the late singer's song “Vicious” with fellow Yeah Yeah Yeahs bandmate Nick Zinner. 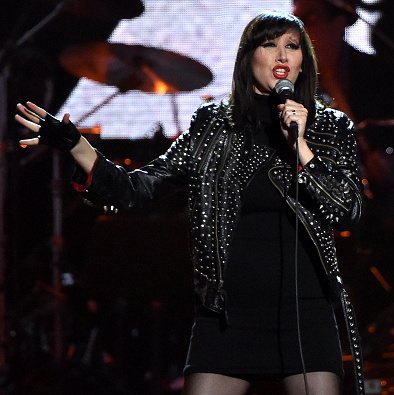 Karen is a longtime fan of Lou's work and has previously spoken of how his music affected and shaped her. "When I talk about Lou Reed and his music and everything he's done, I pull my hair out because I'm so blown away and relate so much to it," she said in a 2014 interview with Pitchfork. "Life doesn't get any less scary, and who else is going to sing a song about how scary life is in your adult years than Lou Reed? Artists that are valuable are putting out things we all feel but don't think to express necessarily, and Reed went to places that people don't normally go." 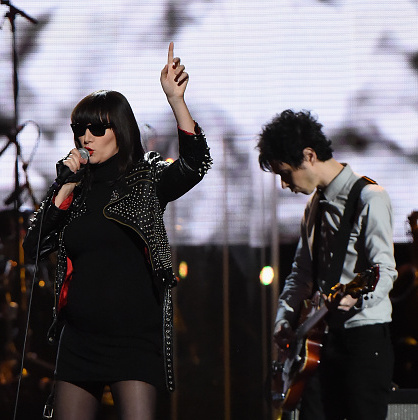 The vivacious singer, formerly known as Karen Lee Orzolek, revealed she was married in 2011 to Barnaby, who directed the video for her hit song "Zero." Prior to Barnaby, Karen was linked to Angus Andrew of the band Liars and film director Spike Jonze. 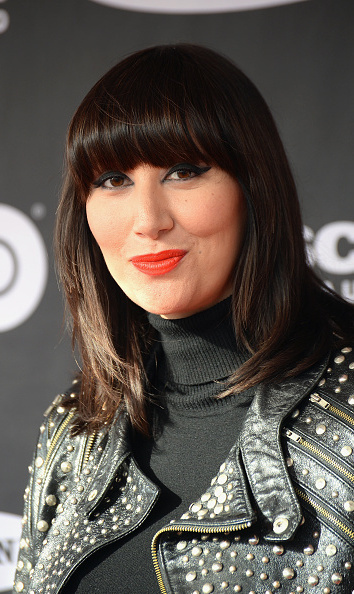 Congrats to the mom-to be. One thing is for sure: that is going to be one well-dressed baby!