She may play a character who doesn't age in her new film The Age of Adaline, but Blake Lively proved she's an ageless beauty herself while at the premiere of the movie on Sunday in New York. The new mom left her baby daughter James and husband Ryan Reynolds at home and dazzled on the red carpet alongside her mother Elaine and brother Eric. 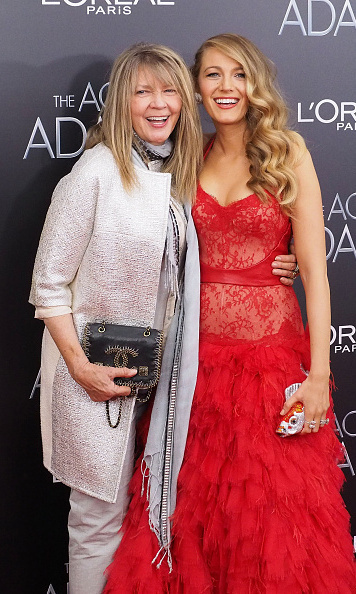 Blake with her mother Elaine on the red carpet Photo: Getty Images

Staying true to the old Hollywood feel of her flick, Blake donned a Monique Lhuillier red lace and feather gown that showed off the 27-year-old's incredible post-baby body. She paired the outfit with diamond earrings, multiple rings and a jeweled fish-shaped $8,000 Judith Leiber clutch. Blake wore her blonde locks in loose curls that cascaded over her shoulder like a true Hollywood starlet. Blake was a vision in red at the premiere of her new film Photo: Getty Images

Blake stars as a woman who was born in 1908 in The Age Of Adaline, but never ages after her 29th birthday. Michiel Huisman, Harrison Ford and Kathy Baker co-star in the movie, which will be released on April 24. 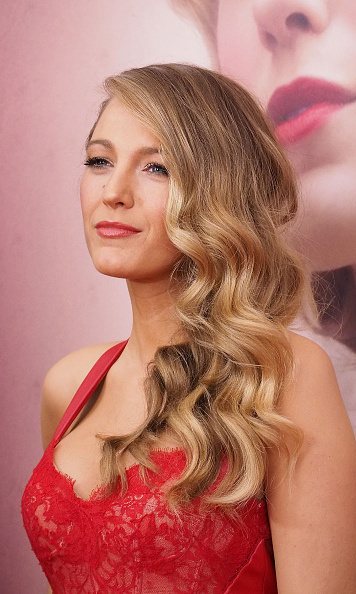 The 27-year-old has spoken about how she looks forward to aging Photo: Getty Images

"People are obsessed with beauty and youth and with looking and feeling young forever," she explained in the May issue of Allure magazine. "But look at a woman who is granted that: She's trapped, because it's tragic to be young forever. And also, having a child makes you realize that we pass on for a reason. You think, I have to go, because it makes room for you."

The former star has been balancing quite a bit: doing the publicity for her film, being a new mom and sticking close by her 38-year-old husband in Vancouver, Canada where he is filming Deadpool. 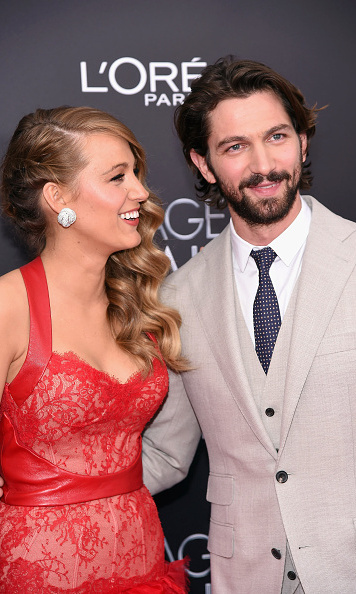 While the couple was apart for the evening, Ryan still took notice of his stunning wife. Lionsgate Movies tweeted a photo of Blake and Michiel on the red carpet writing, "@BlakeLively and @Michiel_Huisman are the perfect pair! True love never looked so good. #AdalinePremiere." Funnyman Ryan responded saying, "Uh... I can HEAR you. @AgeOfAdaline #AgeOfAdaline #ladyinred." 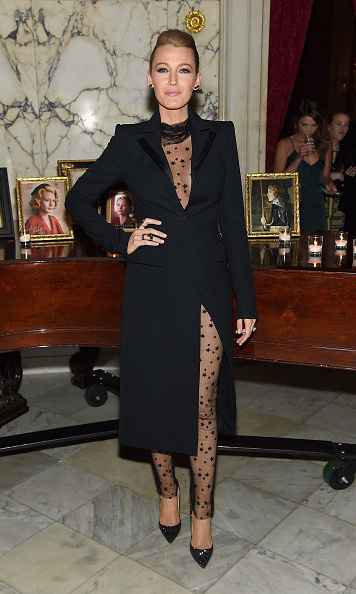 If Blake's red look didn't turn heads already, her sexy black Monique Lhuillier ensemble she wore to the after-party certainly did. The blonde beauty rocked a sheer body suit with black stars and a long-sleeved dress with a thigh high slit. She paired the looked with black patent leather pumps and swept her hair up for the party held at The Metropolitan Club.