Madonna has never been one to shy away from controversy, but this time Rita Ora has her back. The "Black Widow" singer took to her Instagram account on Tuesday to support and praise the Queen of Pop after she received flack for her steamy make out session with Drake at Coachella on Sunday. 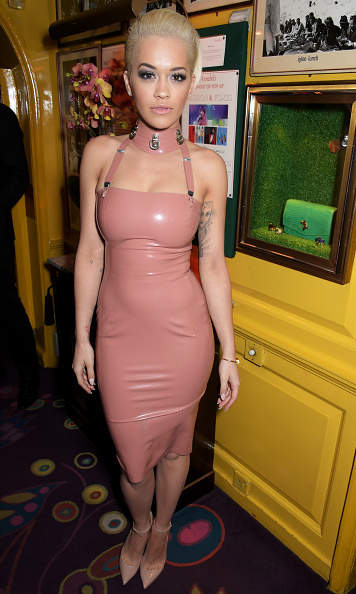 Rita is quite the fan of Madonna Photo: Getty Images

"Thank you for fighting all these ageist battles, and paving a way, that just maybe one day, all of us 'younger' artists won't have too in the future," the British songstress, 24, captioned a provocative picture of Madonna. Rita ended the post with some poignant hashtags writing, "#if----inlovethisb----" and "thatswhatlegendsdo."

'Thank you for fighting all these ageist battles, and paving a way, that just maybe one day, all of us "Younger"Artists won't have too in the future!' @madonna #ifuckinlovethisbitch #thatswhatlegendsdo

The 56-year-old music legend appreciated the support writing, "Thanks Rita! Good to know you appreciate the beating I'm taking so all you ladies don't have to endure this kind of discrimination!"

The singers' comments come after public criticism for Madonna aggressively kissing Drake, 28, on-stage during the famous music festival. The rapper looked surprised following the kiss and then wiped his mouth. He was caught on video saying, "What the f--- just happened," causing fans to bash the "Rebel Heart" singer. 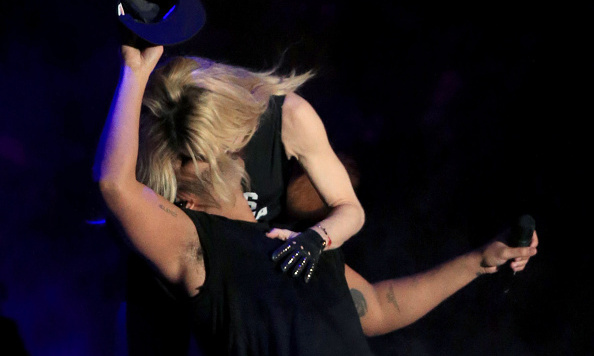 But Rita wasn't the only one defending the shocking stunt. Drake himself took to Instagram, praising the surprise kiss. "Don't misinterpret my shock," the 28-year-old wrote. "I got to make out with the queen Madonna and I feel [100] about that forever."