Carly Rae Jepsen has yet another catchy song. In fact, it is so catchy that Justin Bieber couldn't resist making a video lip-syncing to the latest single "I Really Like You." The 21-year-old enlisted a group of friends including Kendall Jenner and Ariana Grande for it as well as several other stars.

The video shows the "As Long As You Love Me" singer miming the catchy song with a host of famous faces and even lifts Keeping Up With The Kardashians star Kendall onto his shoulders as they joke around together.

Other stars showing off their lip-syncing skills include former N*Sync singer Lance Bass, Moschino designer Jeremy Scott and Empire actor Bryshere Gray. The fun video has since been credited with seeing Carly's single rise up the Billboard music chart and briefly reach number one in their list of trending tracks. 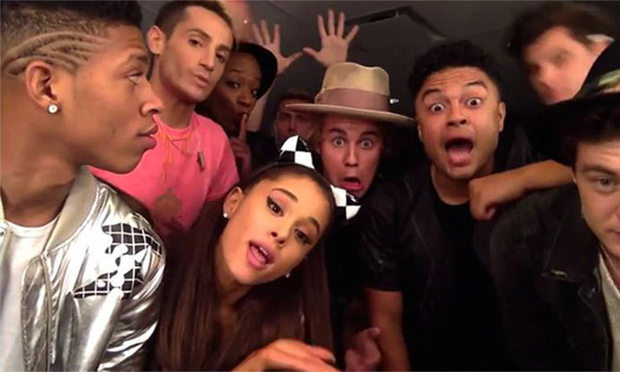 The star was joined by friends including Ariana Grande

Justin has long been supportive of fellow Canadian Carly and makes a cameo in her music video alongside Hollywood actor Tom Hanks. The successful singer signed Carly to Schoolboy Records, the label he runs with his manager Scooter Braun, in 2012.

He created a similar lip-syncing video to her single "Call Me Maybe" in 2012 along with former girlfriend Selena Gomez and Ashley Tisdale. 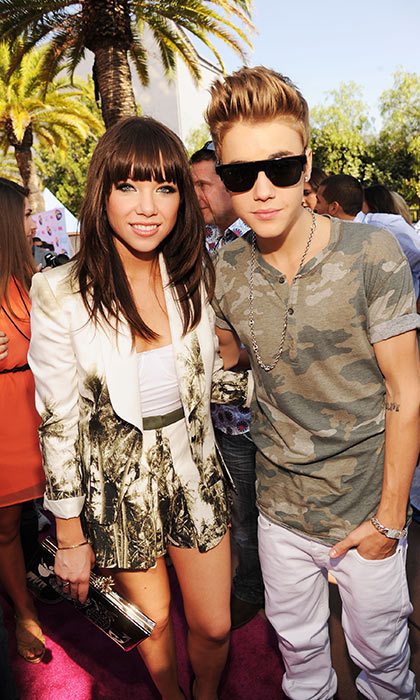 The release of the funny video comes after Justin and Kendall enjoyed a weekend at the Coachella festival together, along with close friend Hailey Baldwin. The trio kept fans updated with their antics on Instagram, including soaking up the Californian sunshine together on Friday.

Justin has since flown to Europe. Posting a picture of himself standing on the steps of the plane after touching down, Justin told his 25.4 million Instagram followers: "I just landed in Europe, shopping bags I'm a tourist".