Kelly Rutherford may be a glamorous star, but she is living every mother's nightmare: being separated from her children with no end in sight. After yet another setback in a six-year international custody battle, the Gossip Girl alum opened up about the toll it's taking on her and her two kids. "I feel empty," she tells HELLO!. "I'm doing everything I can to survive this."

Kelly, 46, has been battling her ex-husband Daniel Giersh, who has been living with their U.S.born children, 8-year-old Hermés and 5-year-old Helena in France, to get her kids back to their home country. Last week, a federal court denied her lawyer's request to get involved.

"Just because kids don't vote and pay taxes doesn't mean they don't have rights to be raised in their own country," she shares exclusively in a sit-down interview at The Mark Hotel in New York just days after the ruling. "It's a humanitarian issue. It's a constitutional issue." 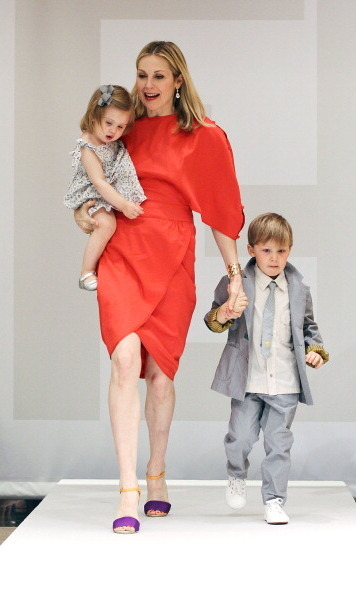 Kelly walked the runway with her kids at a Fendi event in New York in 2011. Photo: Getty Images

The ongoing battle began in 2010 when Kelly was four months pregnant with Helena and she began divorce proceedings. Eventually a California judge ordered their two children to live with their father in France. Daniel was denied re-entry to the United States after his visa was revoked for unknown reasons. Due to the court-mandated arrangement, Kelly has had to travel to Europe to see her children.

"It doesn't make sense. How did this even happen," says Kelly, shaking her head as she describes the bizarre and heartbreaking scenario she has faced for years now. "At the end of the day, I'm a mother and a citizen of this country no matter what I do for a living. What I'm asking for is help."

Throughout our interview fans stopped by, recognizing the star, but the actress fears her celebrity status may actually have hurt her in this case. "It's a big misconception especially because of the character I played. Lily van der Woodsen and I had a big difference in money," she explains of her wealthy, entitled Gossip Girl role. "[Daniel] just sued me until I had no more money." Kelly had to file for bankruptcy and her dwindling funds make it difficult to see her children. "I go to visit them as often as I can afford to go, about once month to every six weeks," she continues, having just returned from seeing them in France a few days before. "The longest I went was eight weeks because I couldn't afford to pay my rent." 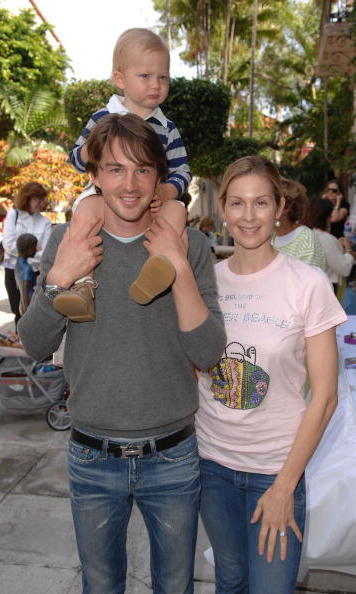 Kelly split from Daniel while she was four months pregnant Photo: Getty Images

The mounting debt stems from the $50,000 to $100,000 a month legal bills she racked up, as well as the minimum of $5,000 a trip to see her kids for a week, trips that according to a judge, the children's father no longer has to pay for. "I worked hard to pay off these bills," Kelly adds. "I did everything I could. I went to every event. I downsized our apartment. And forget shopping!"

But, like many working mothers, Kelly has had to choose between taking on more work or seeing her children. "I could take on another series to have the money to see my children, but then I wouldn't have the predictable schedule," she says. "It's a tough choice." 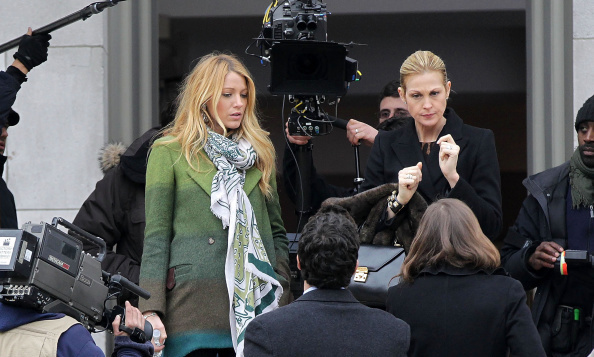 Kelly says she has to choose between working or seeing her kids Photo: Getty Images

More than standing up for her children's' rights and working hard to get her kids back, the mom-of-two admits she simply misses the day-to-day of being a mom. "I miss dropping them off and picking them up from school. I miss the day-to-day and smelling them and kissing them and loving them," she shares. "They're young, so you never get that time back when they're little."

When discussing the precious time Kelly actually gets to spend with her children a smile comes across her face. "We're just like monkeys all over each other," she says. "I really just do what they want to do most of the time and we cuddle a lot." 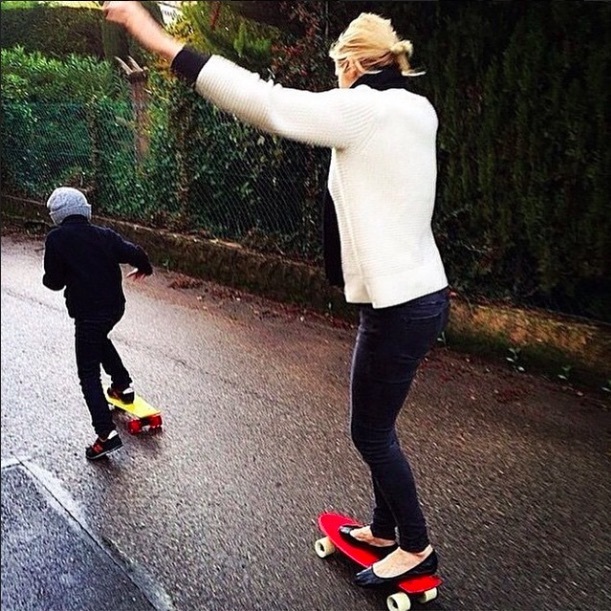 Happier times. Kelly skateboards with her son during a rare visit Photo: Instagram

Although she talks to them on the phone or Facetimes with them daily, it never makes up for the missed milestones and the frequent goodbyes are hard. "It's very very emotional leaving them. I get on the plane and just cry," she points out. "Me and the kids just go into that busy place because it's the only way to survive it emotionally. We all cry when I leave." 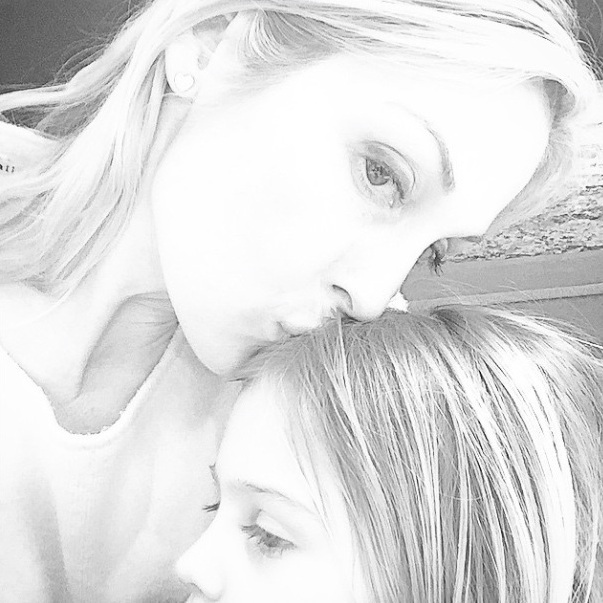 "We all cry when I leave," Kelly says Photo: Instagram

To help her through the rough times, Kelly relies on a strong support system. "I have family and friends that support me," she mentions. "I want to keep a positive attitude around the kids and myself. I want to come through this healthy and strong and an advocate. That's what keeps me going."

Kelly started an organization called the Children's Justice Campaign, which helps families going through similar family court issues have a voice and a fighting chance at protecting the rights of their kids. "There's a lot of parents being bankrupted in the family court," she states. "Perhaps someone not in the spotlight would have had a different outcome than me in this situation, but it also raises the subject of rights of children. I'm thankful I have a voice because so many parents don't." 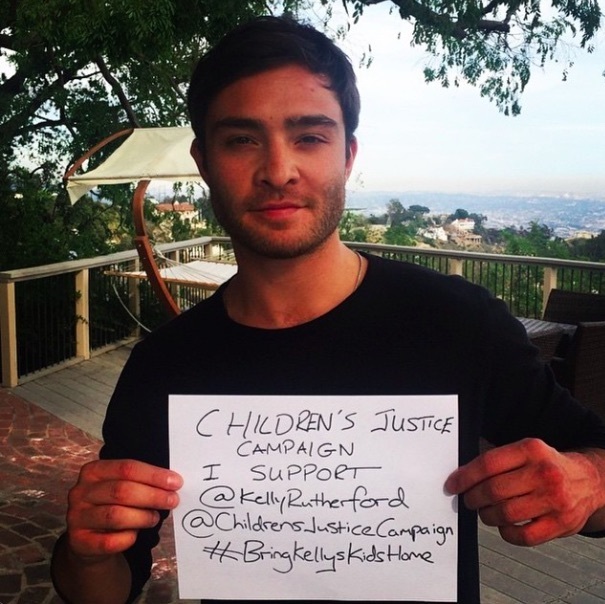 Kelly's children are aware of her efforts. "When I told Hermes about the organization I started he said, 'Mommy are you still fighting for us?'" she says. "He knows in his heart that I am. They know and I know, I'm doing the best I can."

Daniel's lawyer told ABC News in a statement: “Daniel Giersch continues to protect the children from any negativity and therefore will continue to not engage in any of these unfortunate and false media fabrications which only serve one person but clearly not the children.”

Kelly's new lawyer, Wendy Murphy, has taken on the case pro bono and is determined to help Kelly get her kids back even if that means taking it to the Supreme Court. "If an American child involved in an international dispute cannot be assured a right to primary residency in the United States, then the 'right to remain a citizen in a free country,' guaranteed as absolute by the Supreme Court, has absolutely no value," Wendy said in a statement. 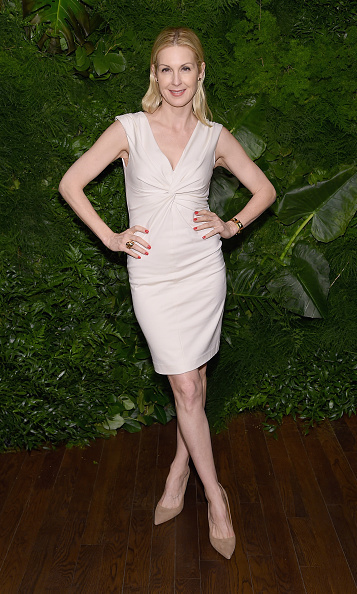 The determined mom is set to take her case to the Supreme Court Photo: Getty Images

Kelly echoes that sentiment saying, "We are dealing with a dad who has filed for residency in Monaco with our kids. Monaco has taken in two U.S. citizens and he's not allowing them back to the United States. We need to evaluate how we protect U.S. citizens."

At the end of the day, Kelly is concerned about her kids happiness and health. "I want my kids to look back on this time and say, 'Thank god mom didn't say horrible things about dad and took the high road,'" she concludes. "Eventually they're going to read about this and I want them to be healthy through this. They look to us to be the rock always and I take that responsibility seriously. Overall they know they're loved."

To learn more about how to support Kelly's organization click here.