Max Greenfield ’s first place in Los Angeles seems as if it would have been the perfect setting for a television show — he lived with a “bunch of roommates, which was great fun.” Years later, that same premise became the foundation for his hit show New Girl.

Though his character Schmidt briefly moved out, Max knows his character will remain in the loft with his four roommates. “Unless they fire me from the show,” he tells HELLO! jokingly. “I think he will stay in that loft no matter what for as long as he can.” 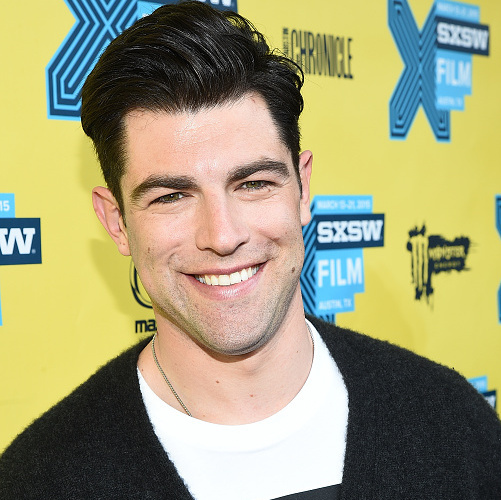 When the time comes for Schmidt to move out, Max now knows a thing or two about home searches thanks to the real estate site Trulia. The 34-year-old teamed up with the site to showcase their new collaborative home search boards that allow anyone in the market for a new home to better organize the hectic process as well as take the Buyers-Diggs home personality quiz.

“It makes the experience fun and way more efficient,” he explains. “It’s something I wish I had when I was looking for a house.” Max, himself, is not in the market for a new home with his wife Tess Sanchez and their daughter Lilly, but he did have fun with the quiz. “I took the test and I didn’t realize all the things that go into buying a home and the questions you need to ask yourself. It ends up I am a Zen and Den Master,” he says. “It was so accurate. It told me that I really like my home, I like to stay there a lot, but I also like a tidy place and an organized place.” 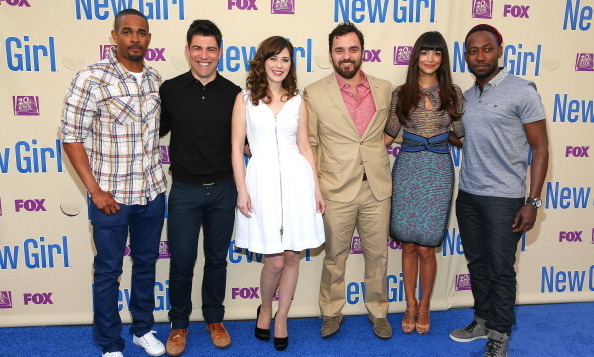 Sounds like someone else we know. “I found that while I was answering the questions, I felt I was answering them a lot like Schmidt,” he mentions. “I think he has a lot more neuroses than I do, and I think he has a lot more energy that is put toward those, but we agree on a lot of things for sure. We deal with it so much on the show because they obviously live in the loft and he is constantly dealing with cleanliness issues in the loft.”

Something else the cast is working around is Zooey Deschanel’s pregnancy. The actress announced in January that she is expecting, but that hasn’t in any way interrupted filming. “Hiding the bump, it’s a lot of very creative camera work,” he claims. “It’s a fun game.” 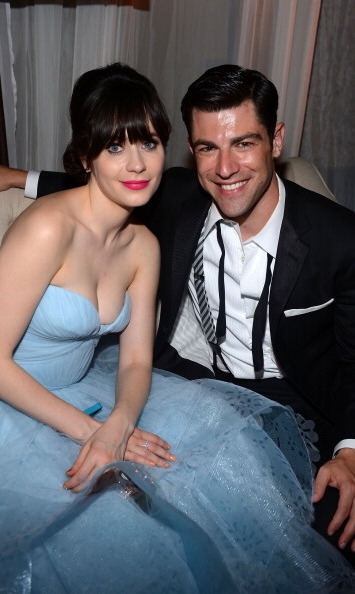 Max is all about supporting his co-star Zooey Photo: Getty Images

He along with Jake Johnson, Lamorne Morris and Damon Wayans Jr. are also enjoying “eating for two” and all the cravings that go along with pregnancies. “Yeah, we are all getting big,” he shares. “We are all just like, it’s all sympathy weight.”

Watch the video below to see what else Max says about his New Girl co-stars: