Just an hour after announcing that she would be running for president, Hillary Clinton hit the ground running… well driving. Instead of jetting off to start campaigning across the country, the former First Lady has set up shop in a van to drive the 1,046 miles to rural Iowa for her first appearances. 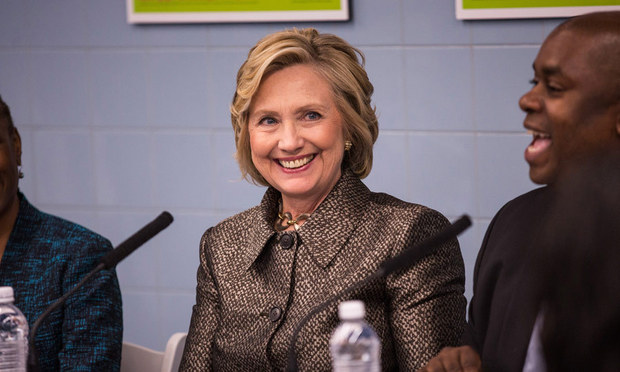 "I’m hitting the trail to earn your vote. Headed to Iowa. –H," she announced on Twitter after posting a link to a video announcing her presidential bid. "I'm running for president," said the 67-year-old with a smile near the end of a two-minute video released just after 3 p.m. "Everyday Americans need a champion. And I want to be that champion," she said. "So I'm hitting the road to earn your vote — because it's your time. And I hope you'll join me on this journey."

Joined by political aides, a three van caravan has set out to travel across the country meeting with average citizens along the way. Penn State Altoona student Chris Learn, 19, told CNN that he saw Clinton at a gas station, and that she even chatted him up with questions marking one of her first unofficial engagements. She later posted a picture to her 3.3 million Twitter followers of a family she met with along the way saying, "Road trip! Loaded the van & set off for IA. Met a great family when we stopped this afternoon. Many more to come. –H."

Road trip! Loaded the van & set off for IA. Met a great family when we stopped this afternoon. Many more to come. -H pic.twitter.com/5Va7zeR8RP

The less than luxurious travel was actually Hillary's idea. "When Hillary first told us that she was ready to hit the road for Iowa, we looked at her and said, 'Seriously,"' senior aide Huma Abedin said, according to the Associate Press. "And she said, 'Seriously.' This was her idea, and she has been really excited about it. We've been driving for a good part of today." And the van is affectionately nicknamed "Scooby" after the hit 1970s animated television series The Scooby-Doo Show.

But it's doubtful we'll see the former Secretary of State behind the wheel any time soon as she hasn't driven in years. "I have to confess that one of the regrets I have about my public life is that I can't drive anymore,' she said last year in New Orleans at a car-dealer trade show. "Last time I actually drove a car myself was 1996 and I remember it very well. Unfortunately so does the Secret Service, which is why I haven't driven since then." 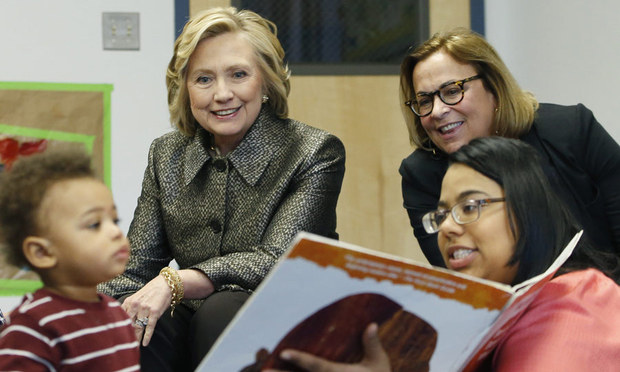 Hillary will meet with students and educators in Iowa on Tuesday Photo: Getty Images

While in Iowa, Hillary will tour the Jones County Regional Center of Kirkwood Community College and participate in a roundtable with students and educators Tuesday followed by a business roundtable meeting after touring Capital City Fruit in Norwalk, Iowa on Wednesday.

The announcement of Hillary running for President has brought an end to years of speculation over whether Bill Clinton's wife would make a second bid to become the first female U.S. president and secure a place in history by interrupting a line of 44 male commanders-in-chief.

I'm running for president. Everyday Americans need a champion, and I want to be that champion. –H https://t.co/w8Hoe1pbtC

Hillary previously served as secretary of state and U.S. senator for New York, as well as first lady when her husband, Bill, served two terms at the White House in the 1990s. She was defeated by Barack Obama in the contest for the Democratic nomination in 2008. 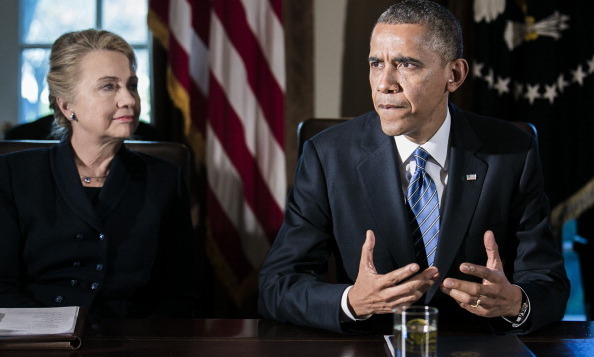 Hillary's announcement comes just two days before National Equal Pay Day, which falls on Tuesday, and represents the point in the year when, on average, a woman's pay for working in 2014 and 2015 would equal a man's pay just for 2014.

Pay equity is an issue that Hillary's candidacy will focus on, along with others important to many women, such as paid family and medical leave, a higher minimum wage and affordable access to child care.