She said yes! Jennie Garth got engaged to actor Dave Abrams just after celebrating her birthday on April 3 and less than a month after ex-husband, Peter Facinelli, proposed to his girlfriend Jaimie Alexander.

The Mystery Girls star received a sweet happy birthday tweet from her love with the hasgtag "#loveumoreandmoreeachday." Shortly after the couples' reps confirmed to People magazine that the two were in fact engaged. "Dave had been working on this for months, and really wanted to plan something special for her around her birthday and make it perfect," a source told the magazine. 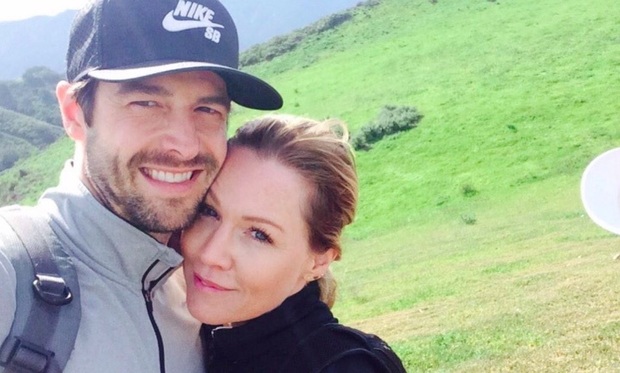 Dave and Jennie confirmed they got engaged in early April Photo: Twitter

The 43-year-old actress and her fiancée have been going strong since last fall even vacationing in Santa Barbara in March and in Tulum, Mexico with Jennie's three daughters from her and Peter's marriage: Luca, 17, Lola, 12, and Fiona, 8. 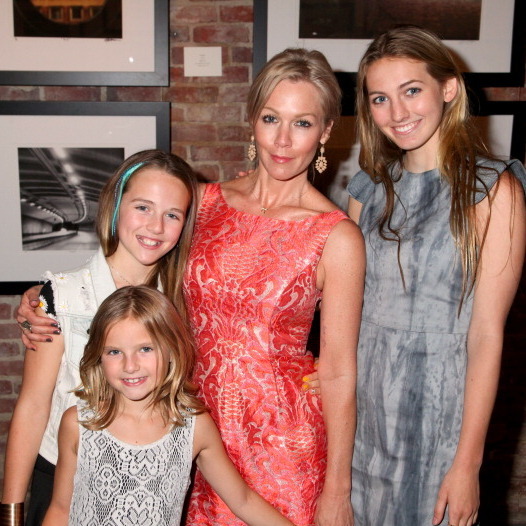 Jennie with her three daughters from her marriage to Peter Facinelli Photo: Getty Images

Jennie and Peter, 41, finalized their divorce in June 2013 after 12 years of marriage. Two years later, they each find themselves engaged to their new significant others. The Twilight actor popped the question to Jaimie at the top of the Empire State Building in New York City on March 16. "I had a plane fly by with a banner so it was kind of a romantic scene," he said on NBC's Today.

Jaimie posted this photo after getting engaged on March 16 Photo: Instagram

The Beverly Hills, 90210 star talked about how difficult it was dating after her divorce from Peter. "It's fun and it's awful all at the same time," she said in a 2013 interview with Bethenny Frankel. "It's like a weird type of torture, but it can be fun." Despite admitting she made "mistakes," it's clear Jennie has found love again. 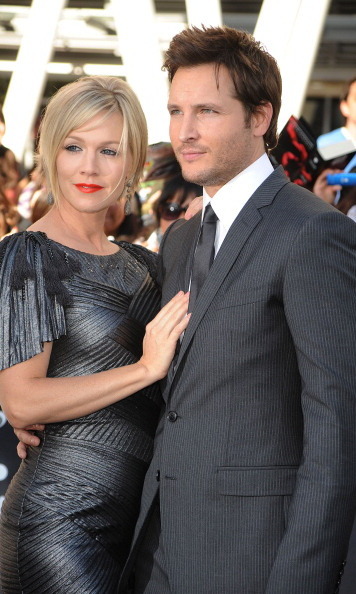 Peter and Jennie finalized their divorce in 2013 Photo: Getty Images

"I've had to go through a lot. You have to find your way and stumble and make mistakes," she said. "I think that's the only way you learn how to do it is by making mistakes, unfortunately. I expected to come out of it and just be great at it."