Even bombshell Sofia Vergara thinks some men in Hollywood are too good looking for her. The Modern Family star revealed that if it wasn't for her co-star Jesse Tyler Ferguson, she may not be calling Hollywood hunk Joe Manganiello her fiancé.

"The day that I sent the press release [about ending her engagement with Nick Loeb], Joe immediately contacted Jesse Tyler Ferguson, like, 'Please, please, please tell her I want her number.' And I’m like, 'Jesse, no, he’s too handsome,'" Sofia told Vanity Fair. "Then, after two days of Jesse trying to convince me, I’m like, 'OK, give him my number.' I’m thinking, I’m in New Orleans shooting, and he’s in L.A. Nothing’s going to happen. But we started talking a lot, and then he showed up in New Orleans. Since then we’ve been inseparable." 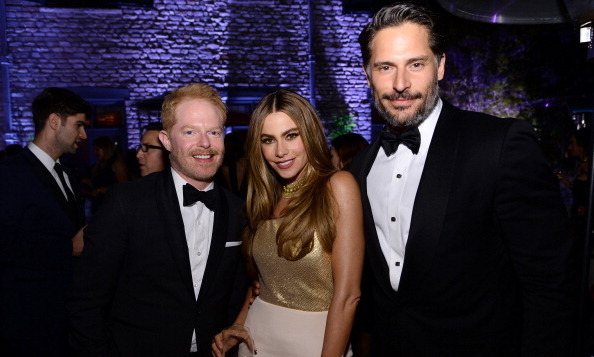 Not only have they been inseparable, but the couple fast-tracked their relationship and got engaged in December. A wedding is planned for later this year. And the 42-year-old couldn't help but gush about her Magic Mike star beau. "There’s nothing about him I’d change," she said. "Other than the fact that he’s four years younger than me." 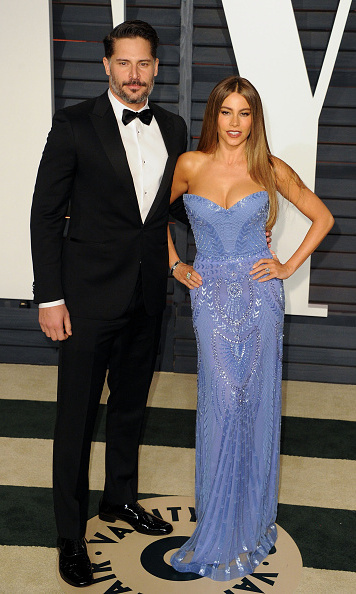 Sofia and Joe are preparing to get married later this year Photo: Getty Images

Already a mom of one, the Colombian beauty is open to having more children. " My son, Manolo, is 23 years old, which is going to be really weird if I have another baby," she said. "But, you know, Joe wants babies and if it's going to make him super happy, then."

The candid star also wasn't afraid to discuss her voluptuous figure. “My boobs are, like, huge,” she said. “My whole life, buying a bra was a nightmare. What I used to do when I moved to L.A., I found places like Frederick’s of Hollywood that make bras for [strippers].” And though most women would kill for her curves, Sofia has a different feeling. “Believe me, I wish I had fake boobs,” she stated. “I lay down and they completely go down like all the way, like here. It’s not fun.” 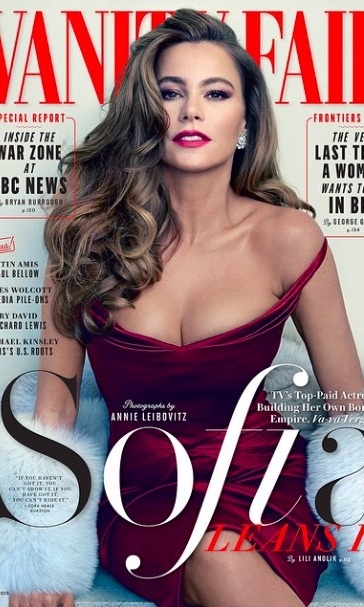 Sofia graces the cover of the May issue of Vanity Fair Photo: Instagram

Sofia and her curves can be seen next in Hot Pursuit with Reese Witherspoon on May 8.

Watch some behind-the-scenes footage from the VF shoot: