The Kardashians are Armenia-bound. Making their way through Los Angeles’ International Airport on Tuesday were Kim, Kanye West and their adorable daughter North with Khloe Kardashian. Also coming along on the journey was North’s new favorite Frozen suitcase.

Aunt Khloe, 30, captured a picture of North hanging onto to the wheeled carrier as they made their way through the airport. Three weeks earlier, Khloe shared a video of North hanging on to the suitcase as she was pulled by one of their security detail.

Rollin with the homies!


This time, North perfectly matched her mom and aunt. The 21-month-old wore jeans and a beige shirt for the long plane ride. Khloe and Kim both wore long trenches with Kim wearing white underneath and Khloe in denim. Kim also looks to have added length to her brunette locks and Khloe took over as the blondest in the family. 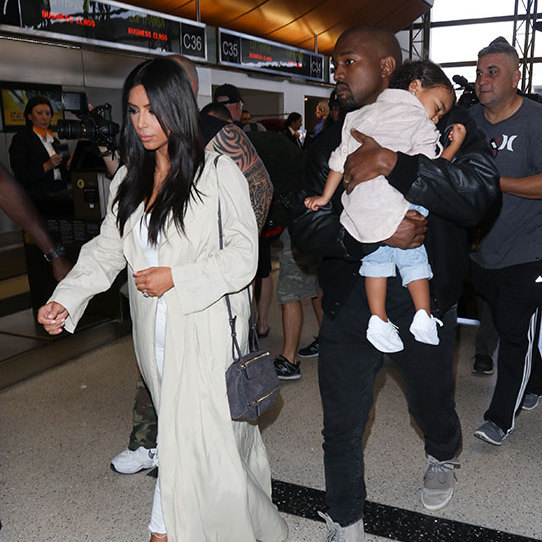 North matched her mom as they made their way through LAX Photo: Getty Images


This trip to Armenia is extra special for the Kardashian ladies. Their late father Robert Kardashian was a third-generation Armenian American, and Kim has always expressed a desire to understand her dad's culture and the country's history. The 34-year-old graced the first cover of Armenian Cosmopolitan in March 2011 and shared her sentiments. "My Armenian heritage means a lot to me and I've been brought up to be incredibly proud of my family's background and culture so as an Armenian-American woman, it is a huge honor for me to be on the first ever Armenian Cosmopolitan cover."

The famous family are visiting Armenia just weeks before the 100th anniversary of the Armenian Genocide, which falls on April 24. Kim has always supported recognition for the massacres by the US government, and activities on her 8-day trip include a visit to a museum to learn more about Armenia's history. 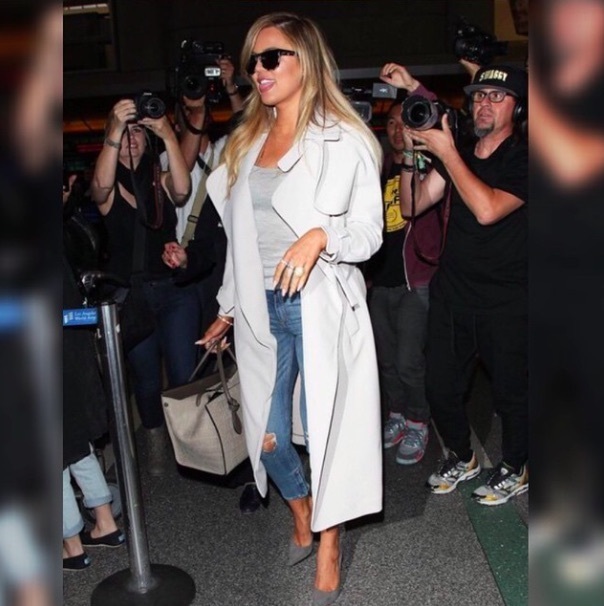 A much blonder Khloe also joined her sister and niece on the trip Photo: Instagram


Kourtney Kardashian, her kids Mason, Penelope and Reign are expected to join the others on this trip that will have portions filmed for Keeping Up With the Kardashians.