Jon Cryer and Ashton Kutcher may have shared leading roles on Two and a Half Men, but they also share their dating history. The 49-year-old revealed in his new memoir So That Happened , which hit shelves Tuesday, that he once dated Ashton's ex-wife Demi Moore 30 years ago. They had starred in the romantic comedy No Small Affair together in 1984 when Ashton was just 6-years-old. 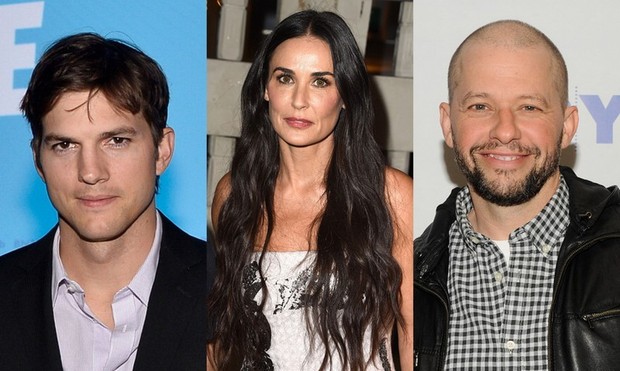 While this revelation comes as quite the shock, it's also surprising that the 37-year-old never knew about his costar's past. "It was awkward in that I'm not sure she even told him that we dated," Jon told Entertainment Tonight. "In our first meeting, we're trying to have that let's-create-that-chemistry meeting and the whole time I'm looking at him, waiting for him to drop the bomb." Ashton and Demi, 52, finalized their divorce in November 2013 and he has since moved on with Mila Kunis. The couple welcomed daughter Wyatt in September.

While Jon wanted to keep Ashton out of the loop about his past, he also hoped for the same for his 14-year-old son Charlie about some of his revelations. "I found myself picking my son up at school and having to give him a heads-up that, 'Oh, you might read something on the Internet today that's a little curious,'" Jon said. "So I told him the facts of it, and he said, 'Yeah, I'm not surprised.' I was like, 'Wow, okay!'" 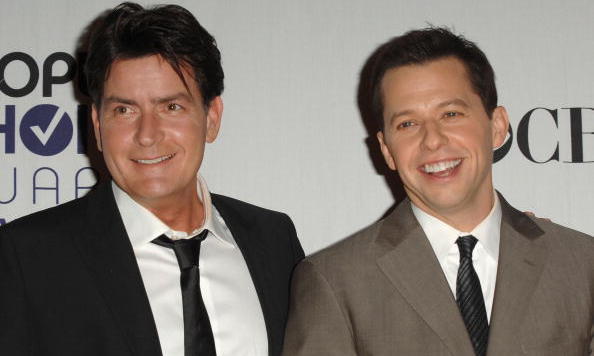 Jon and Charlie were once close friends Photo: Getty Images

Also in the memoir, Jon touches on his relationship with former costar Charlie Sheen. "This was an unprecedented situation," he explained. "I don't recall any time in the history of television that a star went so spectacularly off the rails." But, the comedian does recall some of the good times with Charlie. "In the first few years of the show, Charlie was sober and he was married to Denise," Jon added. "He was an incredible coworker. That's what made the meltdown all the more scary."