It was date night for some of Hollywood’s favorite couples on Thursday. Zoe Saldana with husband Marco Perego, Kate Bosworth with director Michael Polish and Olivia Munn with her handsome football quarterback Aaron Rodgers stepped out for Samsung’s Galaxy S6 and Galaxy S6 Edge launch party.

Across the country this week, Liv Tyler and boyfriend David Gardner had her son Milo and his son Grey join them on a date night at the New York Knicks vs. Brooklyn Nets game. Gigi Hadid and Cody Simpson didn’t shy away from PDA as they also sat courtside next to a solo Justin Long — girlfriend Amanda Seyfried must not have gotten the memo.

These aren’t the only celebs out and about. Click the photo below to see who else hit the town this week: 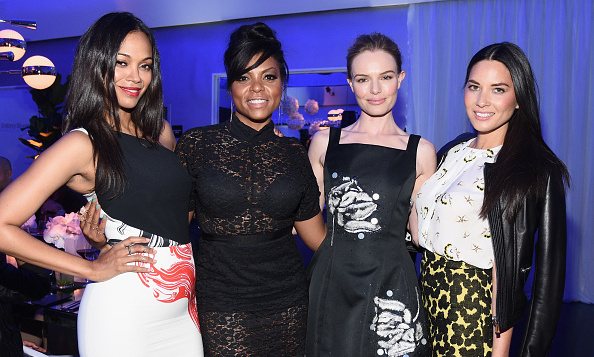