After losing his first wife Kate of 14 years to breast cancer in 2009, Stanley Tucci has found love again with Felicity Blunt. The actor proposed to her in 2011 and they wed in 2012. In a new interview with U.K. newspaper the Times, he opened up about how the loss of Kate still affects him.

"It was very hard to go on vacations at first, really hard to go with Felicity someplace," he explained. "I felt guilty. It’s horrible. You always feel guilty." 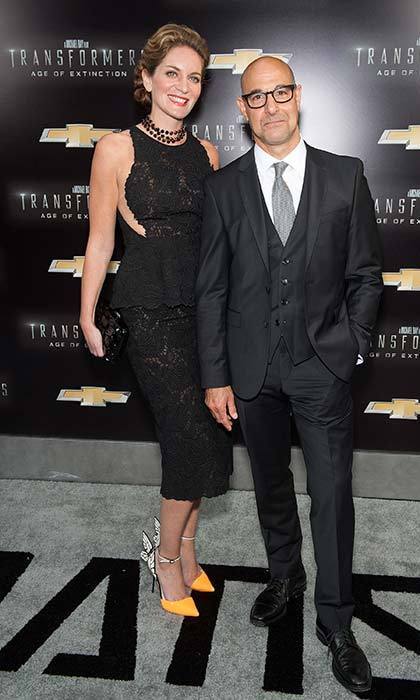 
Kate's memory is not lost in the house and Stanley admitted it could not have been easy on his 33-year-old wife. "There are photographs [of Kate] around at home," he shared. "Not that many, but I would have difficulty. And especially when we first met it was only two years after Kate died. So…"

Stanley and Felicity, who is his Devil Wears Prada costar Emily Blunt's sister, met in 2010 at the wedding of Emily and John Krasinski. The pair hit it off, and became engaged in 2011 during a holiday to Berlin, Germany. "I panicked instantly afterwards," he mentioned. 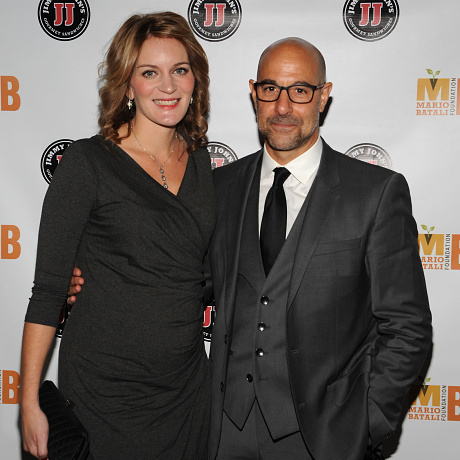 Two years later they welcomed baby Matteo, with Stanley saying at the time of the announcement: "I'm very excited to be a dad. It's incredible. I'm most excited to have a baby with Felicity and for the baby to be healthy."

Stanley now lives in the suburbs of London with Felicity, who is a literary agent, his three teenage children and newborn son Matteo. "People here are just shocked. They are like, ‘Why did you move here? The weather?’" Stanley said. "But I am so comfortable here. I didn’t want to continue living in Westchester [County, New York]. Once my wife passed away, I was there by myself and what was I doing? To me, this was the healthier option."