It was a bittersweet Wednesday for the cast of Furious 7. As they smiled for the cameras on the red carpet of their premiere, they couldn't help but be tearful as they remembered fellow costar Paul Walker. Jordana Brewster, Tyrese Gibson, Ludacris and Vin Diesel all spoke about the late actor and how much he meant to the world. 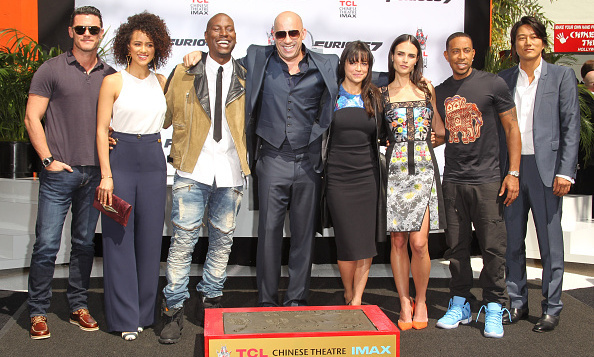 Tyrese took to Instagram to share his sentiments about the late actor, who lost his life in a car crash at the age of 40. "It's so very hard to celebrate without you it's so hard. Every photo every moment every hug hurts," he wrote. "The world is already celebrating all of the LOVE and beautiful ART that you left us with - Meadow Walker and family I love you."

The star also shared with PEOPLE, "He was truly an angel. We were inspired to pick up the pieces and keep moving because it became 'Let us do this on his behalf.'"

Nothing else matters..... I love you Paul Walker it's so very hard to celebrate without you it's so hard..... Every photo every moment every hug hurts..... The world is already celebrating all of the LOVE and beautiful ART that you left us with - Meadow Walker and family I love you.... WE love you we would of never been able to get through this without your strength, love and support...... Fans and support WORLDWIDE you guys ROCK!!!!!!! We did it... We really did it for YOU!!!! #StillMourning #ItsStillHard #ItsStillNotEasy #MyTruth -


Ludacris echoed his feelings. “It’s hard to watch, but it’s so good at the same time," he told The Hollywood Reporter. "I love how we ended it creatively." It seems the whole cast is happy with how they chose to end the film despite not having Paul there to complete it."

Vin Diesel, who attended his Hollywood Boulevard handprint ceremony with his girlfriend and kids earlier in the day, also shared with the THR, "This movie is more than a movie. There's something emotional that happens to you where you walk out of this movie, and you appreciate everyone you love because you just never know when the last day is that you'll see them." 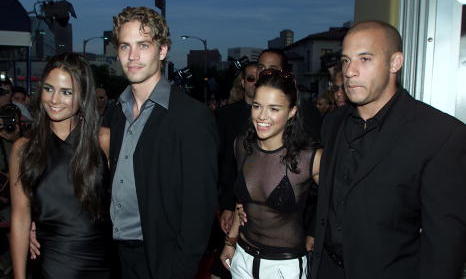 Vin and the rest of the cast shared their sentiments about Paul Photo: Getty Images

Star Jordana was also curious about what they'd do with ending. “I was so relieved. I didn’t know how it would end up. I didn’t know what the tone would be when we were finishing the film,” she told Playboy. “I was so relieved and so happy when I finally saw the film. Because I think it’s so fitting and it’s beautiful. And I think his fans will love it as well. It’s hard to get through without crying.”

Jordana Brewster was anxious to see the ending of the film Photo: Getty Images

The film's release was initially pushed back as the filmmakers took time to mourn Paul's death, and rethink the ending of the film. Paul's brothers Caleb and Cody , who also attended the premiere, ended up acting as the stand ins for his brother. "I'm so happy with it," Cody told PEOPLE. "I think Paul would be proud." 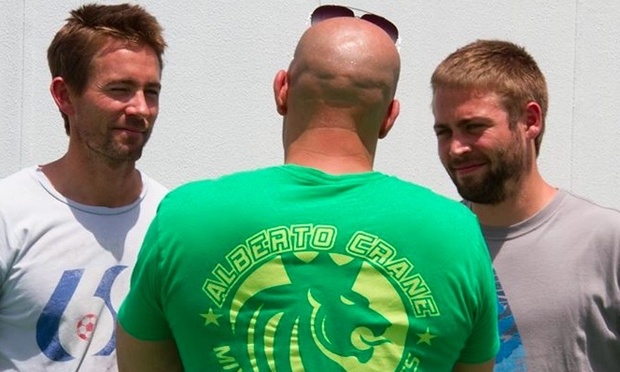 Paul's brothers Caleb and Cody stepped into his role to finish the film Photo: Getty Images

Another person proud of Paul's incredible accomplishments is his now 16-year-old daughter Meadow Rain who hasn't been shy to express her feelings about her late father. On the anniversary of his death, she posted a throwback photo on Instagram of Paul holding her in his lap writing, "I love you."


The teen now lives with her mother Rebecca Soteros after Paul's mother, Cheryl, dropped her petitioned for guardianship. "She's really in a great space," Tyrese said. "She's really focused on her education and just spending a lot of quality time with her friends. That brings her a lot of joy."

For more photos from the premiere and handprint ceremony click below: 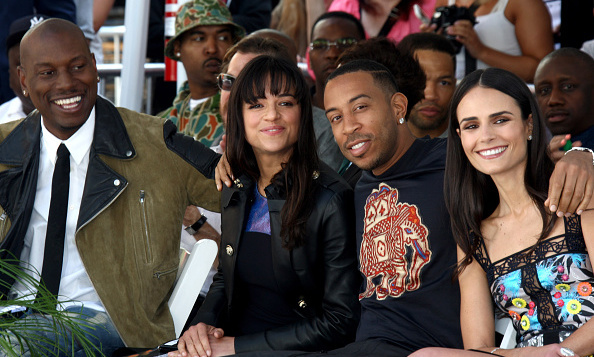