When Zayn Malik made the shocking announcement that he was leaving One Direction, some die-hard fans around the world were reduced to tears. The Madame Tussauds museum in London has responded to the surprise news — taking the step of appointing a "tissue attendant" for the boy band's wax figures.

A total of 150 boxes of tissues were delivered to the museum over the weekend to cope with the emotional reactions of visiting fans. From Tuesday onwards, a full-time "tissue attendant" will be manning the waxworks and be on hand to support inconsolable "Directioners". 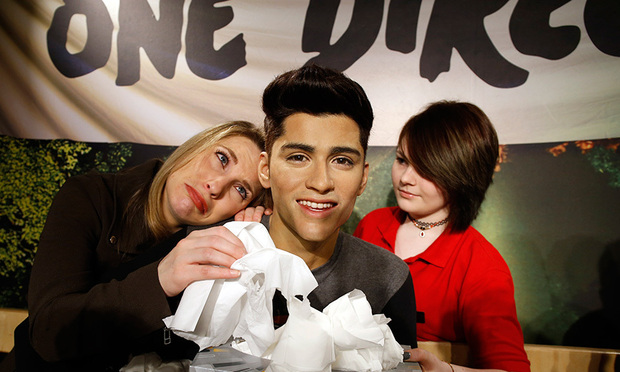 Zayn Malik's waxwork will not be removed from the museum Photo: Getty Images

Grace Cadden, who is part of the team of Tissue Attendants, was on duty and noted how fans have "enjoyed seeing all of the boys together and singing along with their songs." Her role was also put to good use, as she commented that many visitors were "teary-eyed."

The role of a "tissue attendant" was in fact created two years ago, when the wax figures of Zayn, Harry Styles, Louis Tomlinson, Liam Payne and Niall Horan were first launched. 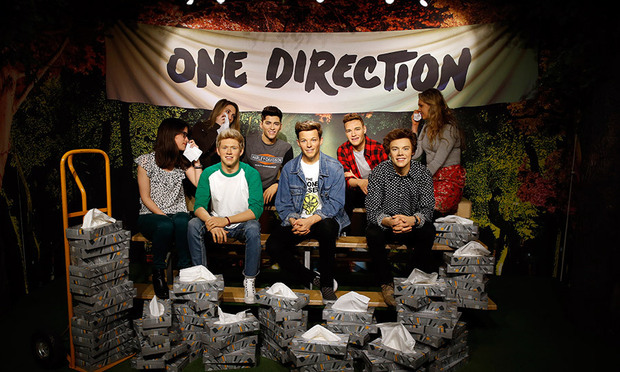 The museum also announced that they have no plans to remove Zayn from his current position, given that the waxworks portray the band at the height of their success and capture a defining moment in pop history.

"Zayn is a firm part of that moment and fans will still have the opportunity to share their own special moments with him and the entire original lineup," a statement on the museum's website revealed.

Matt Clarkson, Madame Tussauds' marketing manager, reiterated the news and added: "We will continue to play their music non-stop in their dedicated setting, and the tissue attendant will be on hand when needed." 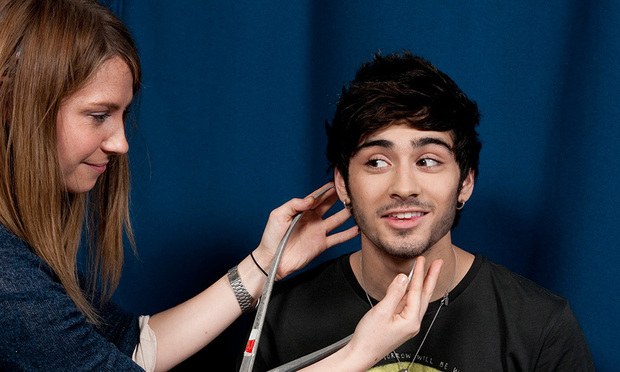 Zayn Malik being fitted for his waxwork figure before it was launched in 2013 Photo: Getty Images

The five boys went through various sittings during the creation process of their figures, and had an input into their styling and overall look. Back in 2013 Harry, Zayn, Louis, Niall and Liam paid a secret visit to the museum to preview the statues, and gave their seal of approval. "It's amazing and such an honor," said Harry, while Zayn commented, "They look wicked, they're bang on!"

Zayn released a statement online announcing his exit from the group last week. "My life with One Direction has been more than I could ever have imagined," he wrote. "But, after five years, I feel like it is now the right time for me to leave the band. I'd like to apologize to the fans if I've let anyone down, but I have to do what feels right in my heart." 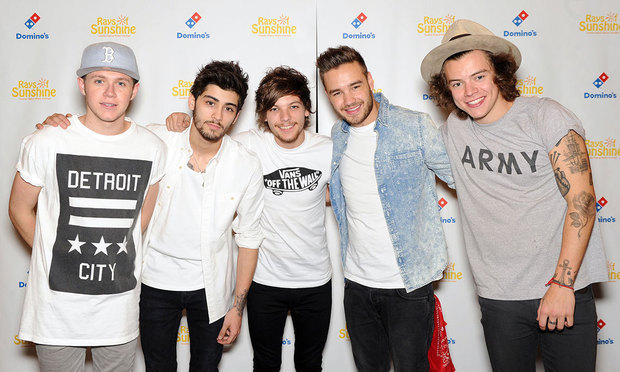 But, it seems like fans won't have to wait long to hear music from the former band member. Hours after producer Naughty Boy had a tense Twitter exchange with Louis Tomlinson, he released a snippet of what sounds like a solo song by Zayn. "Let the music do the talking guys," Naughty Boy wrote. "Thank us later."


The song entitled "I Won't Mind" comes days after the singer was spotted heading into a recording studio after quitting the band.