Who has the power to get Rihanna, Madonna, Beyonce, Nicki Minaj, Usher, Daft Punk, Arcade Fire, Jack White and Kanye West all on one stage? Jay Z, of course. The stars aligned to launch new music streaming service called Tidal, designed to rival Spotify. At a special event at New York City's Moynihan Station on Monday, the stars stood united and signed an unspecified "declaration" before Alicia Keys shared the artists' hope that Tidal will "forever change the course of music history." 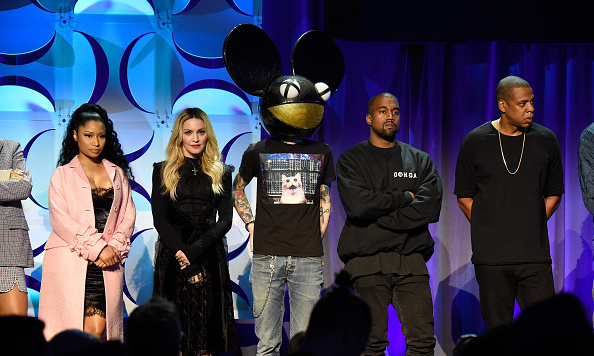 Though this first artist-owned platform for music and video is potentially history in the making, that didn't stop Beyonce from having some fun backstage. The pop star made silly faces for the camera crossing her eyes and sticking out her tongue as she took a photo with Alicia and Nicki.

But, the 33-year-old was her usual sexy self wearing a black and white jumper with a plunging neckline. To add a little drama, she paired the flirty frock with a long black lace kimono and sky-high heels.

Madonna and Rihanna also got in the playful action. The two cuddled up to each other and the 56-year-old even stuck out her tongue as they posed for photos backstage. The party didn't end until well after 7 pm and VIPs celebrated with D'Usse and Ace of Spades. 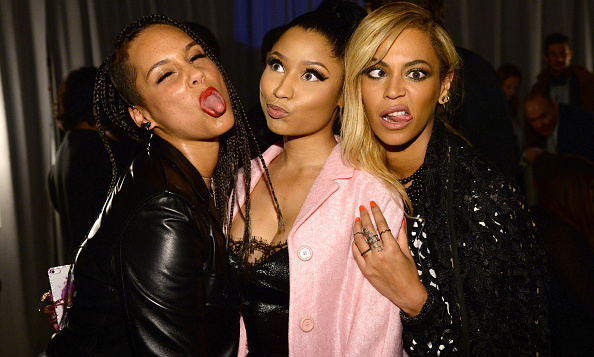 Monday's megastar launch followed a huge social media push in which stars devoted their Twitter and Facebook pages to promote Tidal. Kanye told fans, "Together, we can turn the tide and make music history. Start by turning your profile picture blue. #TIDALforALL." A message on Madonna's Twitter page read: "Music makes the people come together. Join Madonna and turn your profile picture blue. Do it for the music. #TIDALforALL."

Tidal was launched last October but was bought by Jay Z two weeks ago for $56 million. Unlike its rivals, it does not offer a free version; a standard subscription is $9.99 a month, and there is a premium option available for $19.99.

The rapper's strategy also includes encouraging artists to lobby their record labels to give Tidal new music a week in advance of other services. Looks like this Tidal wave is going to be mega!

Click below for more pics from the Tidal launch: 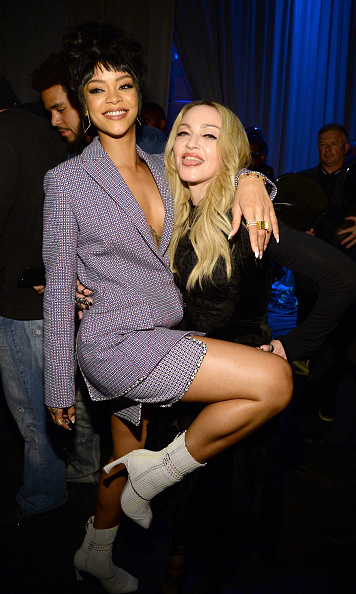