There are many things that Victoria Beckham loves about husband David, but his beard was not one of them. David Beckham revealed that he decided to shave his beard after being given an ultimatum from his wife of 15 years. The former England soccer player had let his beard grow longer during a recent visit to Miami, but Victoria said she wouldn't kiss him if he kept the facial hair.

"I was in Miami and Victoria actually saw the picture and was like, 'There's no way I'm kissing you unless you shave that off,'" David told James Corden on The Late, Late Show. "I left it for a day, and I was like, 'You know what, I'm going to have to do it.'" 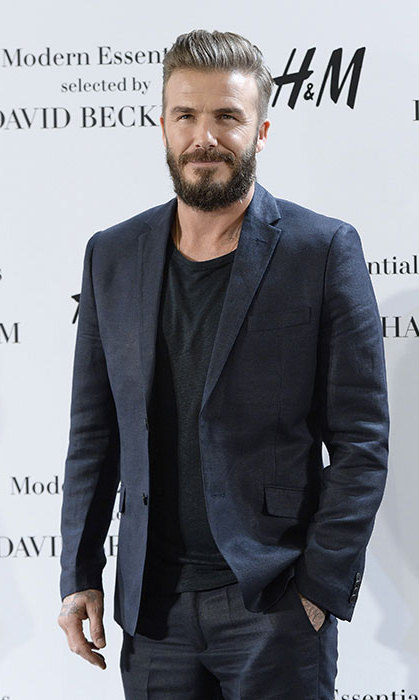 Despite Victoria's reservations about his facial hair, David said that his fuzzy look was popular with his children. "The kids loved it actually, my little girl would just sit there and mess around with it. That was the end of it."

The father of four also took the opportunity to embarrass his eldest son Brooklyn, who was in the audience, by revealing that he chaperoned the 16-year-old on his first date in 2013. "It was when he was about 14 and a half, it was Valentine's Day, and he was like, 'I would love to take this girl for dinner'," he explained. "I was like, 'Great, okay', and Victoria was like, 'Really?' She said, 'Okay, make sure you take him and then make sure you sit in the restaurant.' I sat about five tables away."

The 39-year-old added: "By the way, my daughter is four years old and when she gets to that age, I will be closer than that." 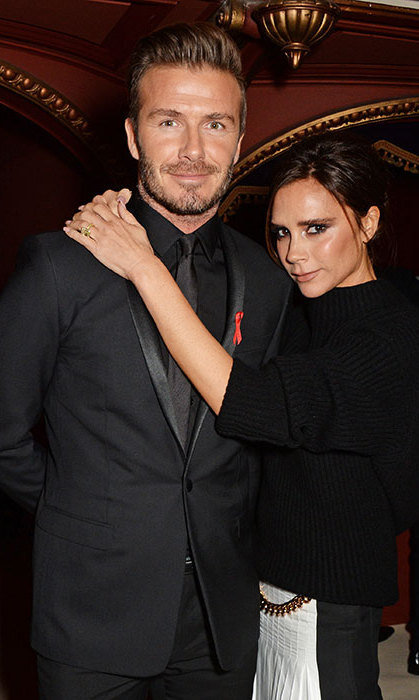 David also spoke about his decision to retire from football in 2013, and said there was a time when he was "very down" about the end of his soccer career. "It was two years ago, I do miss it. To be honest I knew it was the time, I was 38 years old and I felt that I had achieved everything that I wanted to achieve and I wanted to actually spend the time watching my boys, because my boys all play," he said. "My time is spent with them, and my little girl does ballet so my time is taken up with them now."

He has since worked on a number of projects, including modelling his own underwear line for H&M, which he hilariously spoofed in a skit with James. In the video, which has been watched over one million times, the friends model their new 'D&J' boxer shorts on screen together with James leaping around while David smoulders for the camera.