Evan Ross took time on Wednesday to stop and smell the roses. He captured a sweet moment of wife Ashlee Simpson, in a floral dress and with a flower crown in her hair, cradling her baby bump. The Hunger Games: Mockingjay actor wrote, “My beautiful wife @ashleesimpsonross and our baby girl in that belly… Life is better is amazing!”


News that the couple, who married on his mother Diana Ross’ estate in Connecticut in August, were expecting came out in December. In February, it was announced that Ashlee’s second child and Evan’s first will be a girl. Ashlee’s 6-year-old son Bronx was so excited when he found out. The 30-year-old told People at the time, “I told [Bronx] pretty early on, and he wanted to have a sister, so he’s really excited!"

There is no doubt that the newlyweds also cannot wait to meet their little bundle of joy. Throughout her pregnancy, Ashlee and Evan have been posting snaps referencing their baby. Last week she captioned a picture of them, “My baby @realevanross is trying to do a #selfie but I’m super focused on the menu. #breakfastforourbaby.” 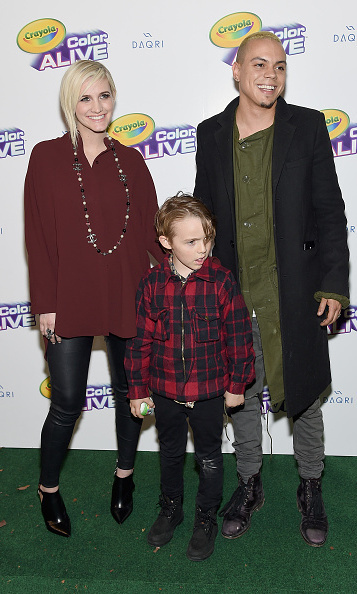 Evan, 26, also gave a hint to Wendy Williams about the names they have been coming up with. He said, “We’ve got some cool ideas. It will be different though.”