Orlando Bloom has traveled to Hobbiton in Lord of the Rings and the deep seas in Pirates of the Caribbean. Now, the UNICEF Goodwill Ambassador has recently returned from a four day trip to Liberia on behalf of the organization. The 38-year-old was the first high profile personality to visit since the beginning of the Ebola outbreak that swept the country.

“Everyone I met was determined to beat Ebola so that they can resume their normal lives,” Orlando said in a statement after meeting with religious and youth leaders in the capital Monrovia. “Communities have been at the center of the fight against Ebola and must continue to be supported because of their crucial role in getting to zero cases.” 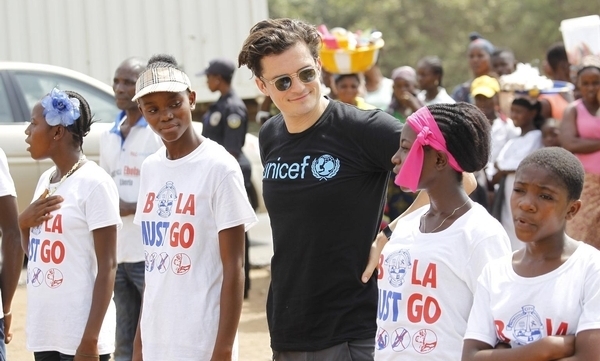 During his time there, the father of 4-year-old son Flynn met with peer educators. The group, which also included teen girls and boys from the A-Life project in West Point, a poor and densely populated neighborhood in Monrovia, played an important role in the Ebola response. The father also visited a primary school in a severely affected community on the border of Sierra Leone. While there, he observed the Ebola school safety protocols that were introduced after the schools reopened after a 7-month shutdown.

Orlando followed the protective measures before heading into the school. Children must wash their hands before entering and also have their temperature taken. “Because of this outbreak, a million children in Liberia have had their school year cut in half,” Orlando explained. “They’re excited to be back in the classroom but the precautions that every single one of them must follow every day are a reminder of the need to remain vigilant.” 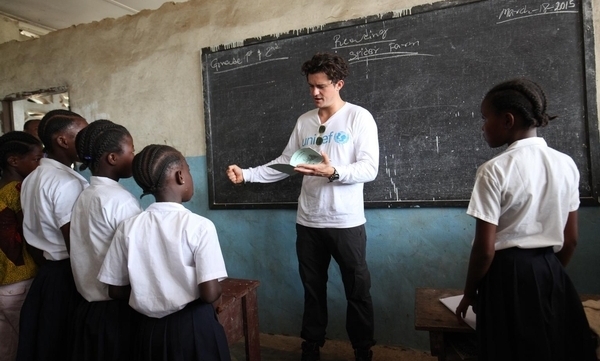 According to UNICEF, the Ebola virus has infected more than 24,000 people across the sub-region — including over 5,000 children — and has killed nearly 10,000. Though it has been on the decline, the fight is far from over. Efforts to rebuild health, education and social protection systems are the priority. 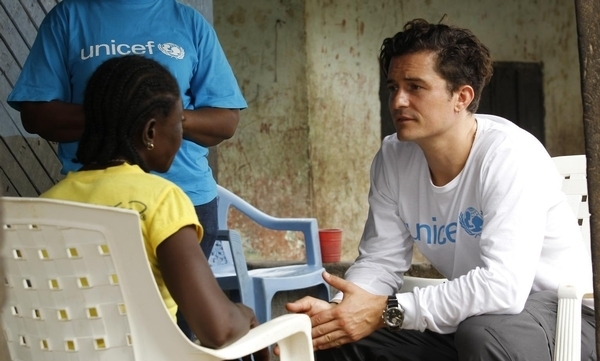