Looking very much in love, George Clooney and wife Amal Alamuddin attended the 100 Lives event in New York on Tuesday to commemorate the Armenian Genocide.

The very charitable actor helped launch the initiative and announced the Aurora Prize for Awakening Humanity honor, which will be given to those who put themselves at risk for others. His wife Amal also specializes in human rights, international law, criminal law and extradition, making this the perfect event for the socially and politically active couple. 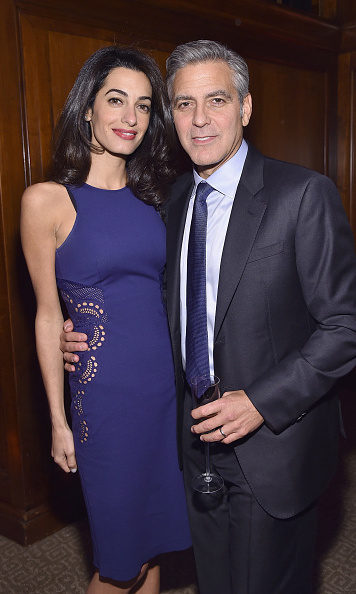 Looking every bit the movie star, the brunette beauty wore a form-fitting indigo dress with sheer panels and embroidered side cut-outs as she watched her husband speak about the importance of getting involved with the organization. 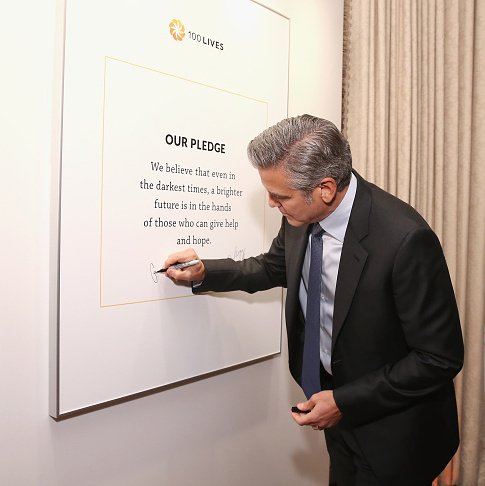 "We really want people to get involved with 100 LIVES, to celebrate those that overcome adversity and give back to others, just as the Armenian community is doing in this centenary year," he said. "The humanity, generosity, strength and sacrifice shown by those who saved so many Armenians compel us to tell these stories." 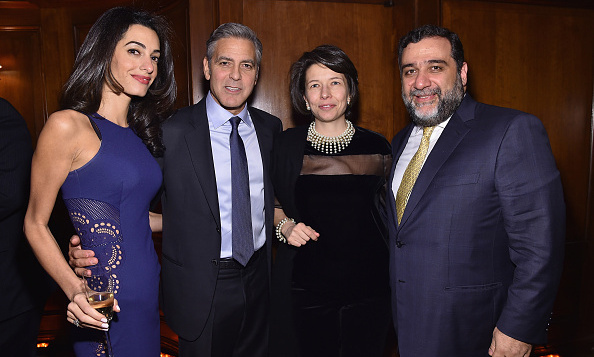 Amal, who married the actor in a lavish ceremony in Venice in September, has gone before Europe's top human rights court to argue against a man convicted of denying the 1915 Armenian Genocide and argued on behalf of Greece for the return of the so-far unsuccessful campaign to reclaim the Parthenon Sculptures from Britain.