Kelly Clarkson has performed in front of millions since her career kicked off on American Idol. She has even showed off her talents during President Obama’s second inauguration, to Pope Benedict XVI ,and a bunch of mega football fans at the Super Bowl in 2012. 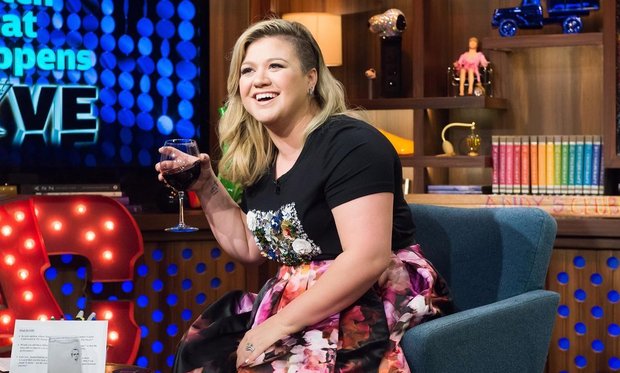 But none of those moments were deemed her most intimidating performance yet. Kelly admitted to Andy Cohen on Thursday’s Watch What Happens Live that she was most nervous to perform in front of now husband Brandon Blackstock.


“It was our first day around each other flirting. I didn’t want to suck in front of the guy I liked. I was terrified,” she explained. “I never get nervous but I was terrified.”

Seems with one note, Brandon was hooked. The two married in October 2013 and have an adorable baby girl together. River Rose, 8 months, joins Brandon’s other two children. And who can forget the in-laws. 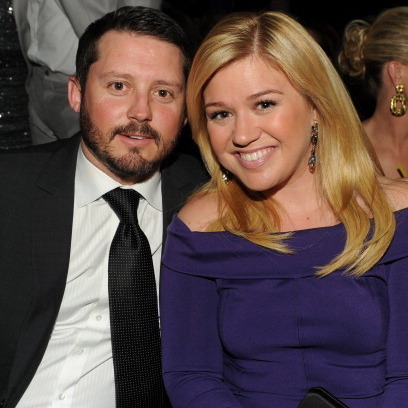 For Kelly though, there was no monster-in-law that she had to deal with. She lucked out with having Brandon’s stepmother Reba McEntire as her in-law “She’s just one of my heroes so that was like the ultimate fan dream,” she continued. “That was actually helpful. In-laws can be not so great situations, and I already knew mine.” 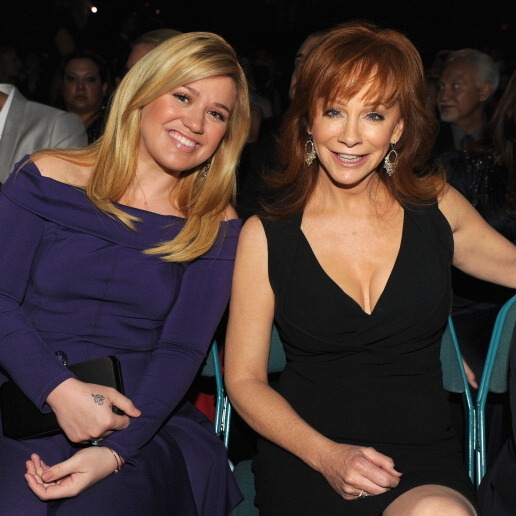 Reba had even told Katie Couric in 2013 about Kelly joining the family, “Thrilled to death. To have my buddy as my daughter-in-law, I mean, who could ask for more?”

One guy Kelly also dished on to Andy was former Idol contestant and From Justin to Kelly costar Justin Guarini. “We didn’t date during Idol [though] everyone thought we were dating,” she said. “But we dated during… I feel like we weren’t dating during the movie. We did date a little bit. I think any two people who are thrown together that much would date.” 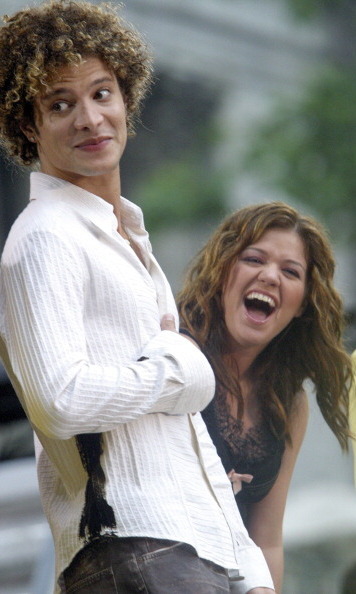 Kelly and Justin shared the laughs in 2003 Photo: Getty Images