Hillary Clinton proved two things to the world on Tuesday night: she loves pantsuits and has a sense of humor. While speaking at EMILY's List 30th Anniversary Gala in Washington, D.C, the former U.S Secretary of State joked about her signature pantsuit. 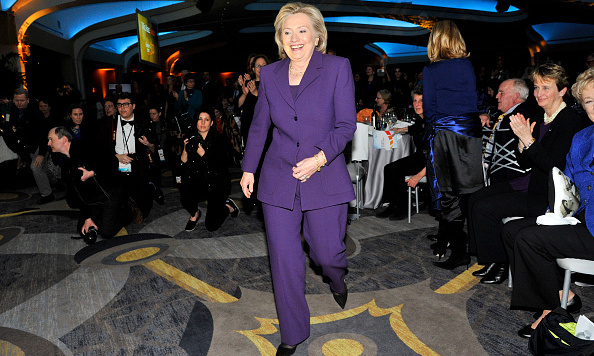 Bringing up the black/blue-gold/white viral sensation from last week, she said, "Over the years people have read a lot of different things into my pantsuits. Despite what you might think, this outfit is not actually white and gold." 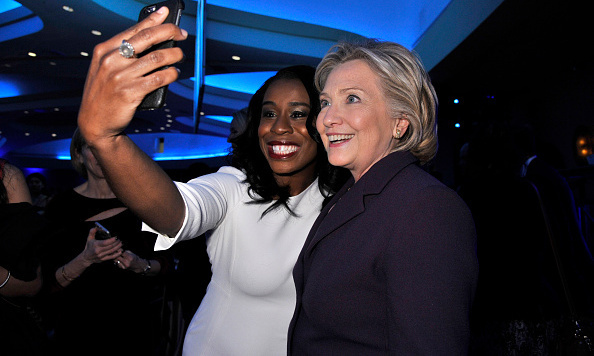 The 67-year-old had the audience laughing while wearing one of her signature pantsuits, this time in a deep purple hue which she paired with a delicate multi-layer necklace and black pointed flats.

Hillary's lightheartedness comes just days after facing controversy when it was brought to light that the high-powered official used personal email for work matters, potentially causing a breech in security. Clearly not letting the media storm weigh her down, the politician later teased the idea of her running for office by asking the audience if they would like to see a female president. 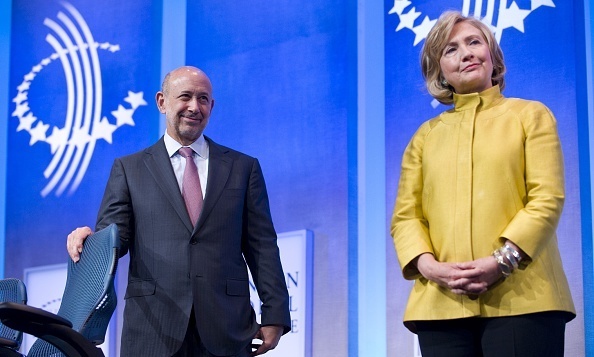 Though it has yet to be announced whether she is officially running to take over President Barack Obama's position, we're pretty sure to see more pantsuits to come. The former First Lady has rocked several of them recently, ranging in colors from classic black to bright yellow. 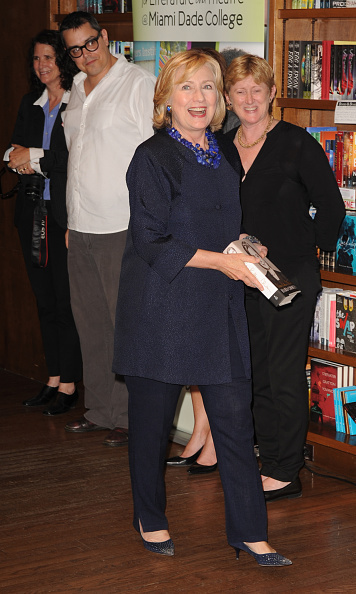 The potential presidential candidate made a statement in this black pantsuit and statement necklace Photo: Getty Images