Just two days after fans and TV critics expressed their disappointment that Joan Rivers was omitted from the "In Memoriam" tribute at Sunday's Oscars, the legendary comedian's daughter Melissa Rivers has spoken out. 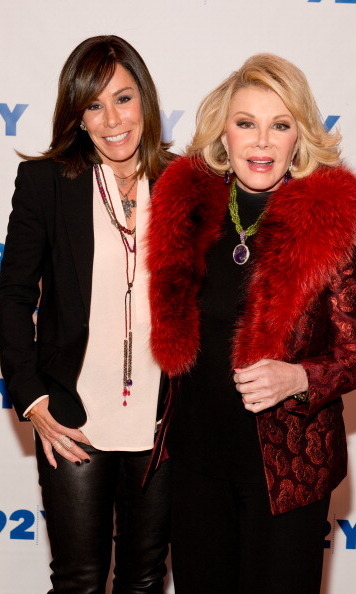 Melissa and Joan were always very supportive of each other as seen here at a 92nd Street Y event in New York Photo: Getty Images

"It would have been nice, especially considering the impact she had on the awards season," Melissa, 47, wrote in a statement posted on Joan’s fan page. "But Cooper (Melissa's son) and I have been overwhelmed with support and love over my mom's passing and we choose to focus on that." 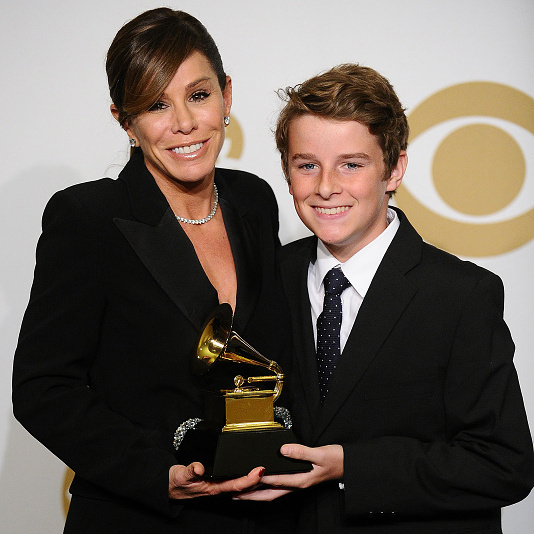 Melissa and son Cooper accepted a Grammy on behalf of Joan this year Photo: Getty Images

Despite not being recognized during the award show, Melissa aired a tribute video during E!'s Live From The Red Carpet Oscars pre-show. "It's hard to believe it was 20 years ago that my mother and I stood on this very red carpet for the first time," she said during the clip, which aired highlights from Joan's red carpet Oscars interviews. "My mom asked questions that nobody else dared to ask." 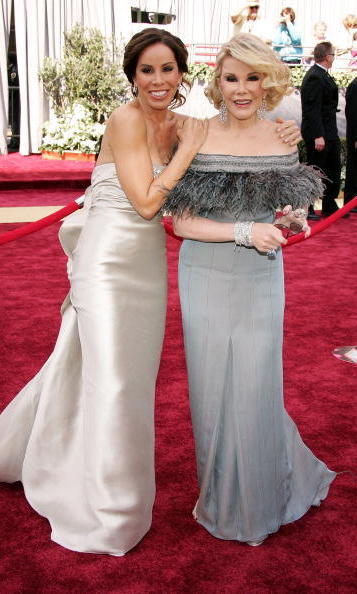 The mother-daughter duo have been staples on the red carpet for years Photo: Getty Images

Many took to Twitter to announce their dismay in the Academy for the snub. Famous TV critic James Poniewozik wrote, "Did I miss Joan Rivers? Or did the Oscars?" And TV host Scott Nevins said, "Shameful that ‪@TheAcademy still treated ‪@Joan_Rivers like crap even after death. Get over yourselves."

A representative for the Academy of Motion Picture Arts and Sciences quickly defended their decision by releasing a statement. "Joan Rivers is among the many worthy artists and filmmakers we were unfortunately unable to feature in the 'In Memoriam' segment of this year's Oscar show. She is, however, included in our 'In Memoriam' gallery on Oscar.com," they said. 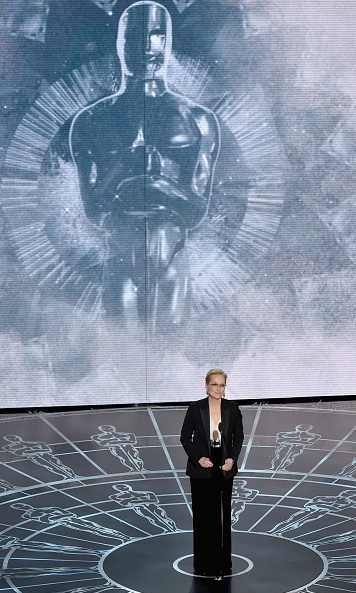 Meryl Streep opened the 'In Memoriam' tribute at the Oscars on Sunday Photo: Getty Images

The 81-year-old, who passed away in September during what was supposed to be a routine procedure, appeared in several films including The Muppets Take Manhattan and Spaceballs. She also wrote and directed the 1978 comedy Rabbit Test. 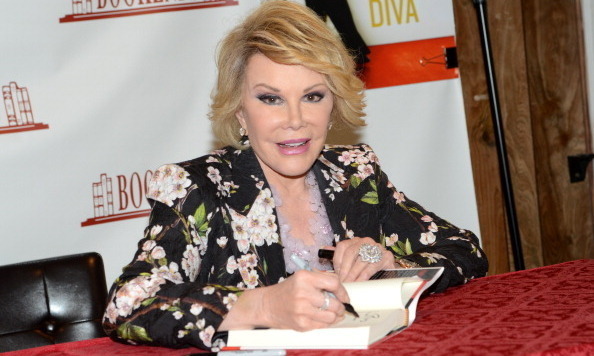 Joan showed no signs of slowing down before her untimely death Photo: Getty Images

Broadway legend Elaine Stritch was another notable left out of the segment despite her work in everything from 1957’s A Farewell to Arms to September to 2005’s Monster-in-Law.