Elvis Presley’s granddaughter Riley Keough is most definitely a style star, and her choice of wedding gown was no exception. The actress, 25, married Ben Smith-Petersen earlier this month in an intimate Napa Valley wedding, and now HELLO! has the exclusive photos of the occasion and her amazing dress.

Click on the picture below to see more photos from Riley's big day: 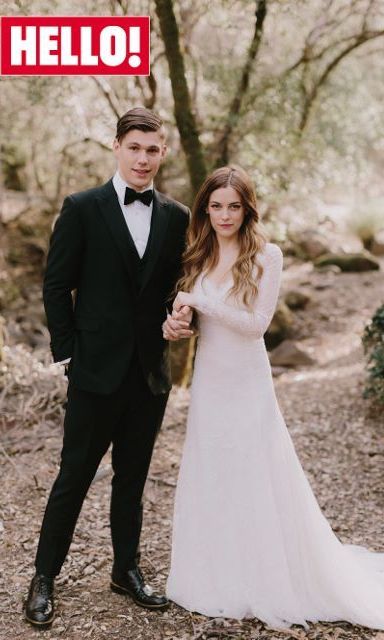 With her long flowing strawberry blonde hair and barely-there makeup, the bride looked like the ultimate free spirit in her bohemian-style couture gown as she posed for the camera with her mother Lisa Marie Presley and her grandmother Priscilla Presley at the luxury resort Calistoga Ranch in California.

The Magic Mike actress stunned as she made her way down the candlelit aisle in front of 80 family and friends toward her groom in the resort’s Wine Cave on February 4. Full-length and fitted, the Delphine Manivet gown featured double levels of soft French lace, long sleeves with vintage-style buttons and a stunning open back. Completing the romantic vision was Riley’s long train and soft silk tulle veil.

“I wanted the dress to be simple and long sleeved and made of lace,” Riley tells our sister publication in the U.K., HELLO! magazine. “Delphine made exactly what I wanted. I’m not very flashy, I wanted it to be very simple.” 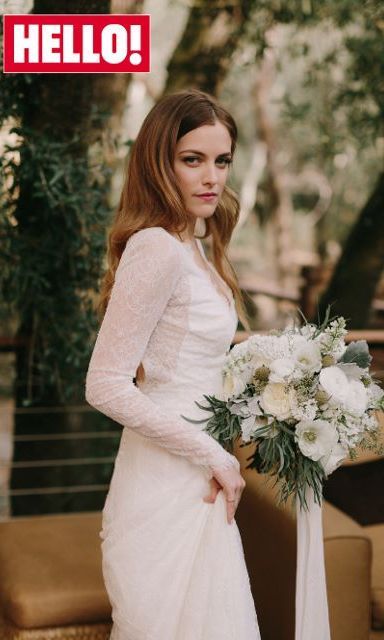 Riley wanted to be true to herself and not wear any makeup but was convinced as it was better for pictures Photo: Amari Kenoly/Nirav Patel

The wedding was a family affair that included Riley’s brother Ben Keough as a groomsman, her 6-year-old twin sisters Finley and Harper were the flower girls, while her father Danny Keough and stepfather Michael Lockwood both played in the wedding band. Friends included John Travolta with his wife Kelly Preston and their son Benjamin, Kristen Stewart (Riley's costar in The Runaways, who read a poem), Cara Delevingne and Zoe Kravitz. Riley's bridesmaids included Dakota Johnson and Australian supermodel Abbey Lee Keshaw, her costar in the upcoming Mad Max: Fury Road — the film where the couple met.

“It was the most beautiful, amazing, fun day and night,” Riley explains. “It was every single person I love in one place. I didn’t want it to end.” Her husband also adds, “I’d say it was the best day of my life. I don’t want to be cliché, but it was. I wouldn’t change anything.”

Well, maybe there was one thing they would have changed. Riley's French bulldog Grubs couldn’t be a part of the wedding. “[He] ended up misbehaving during the wedding rehearsal so we had to tell him he couldn’t be the ring dog any more, sadly,” Riley says. “He was very naughty.”

Click on the picture below for more photos of Riley and Ben: 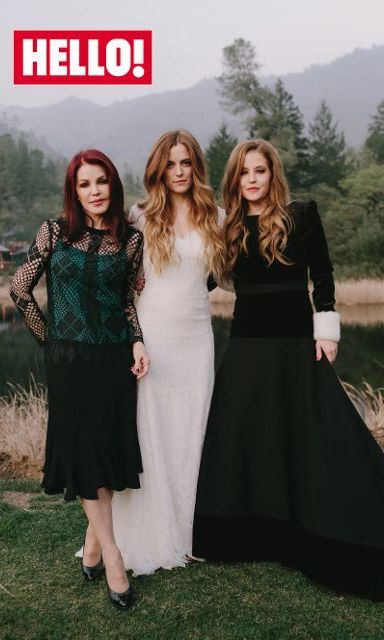 After the ceremony, everyone (except Grubs) made their way down to the lake for a night that was full of dancing into the early hours of morning.

And the party may be over, but that can only mean one thing — time for the honeymoon. "We might go somewhere we've both never been before," Riley mentions. "We were thinking we might also trek to Everest Base Camp and go to Tibet and maybe back to Nepal. Or maybe not. Maybe somewhere warm and beachy."

Palm trees and waves was exactly what they got when the duo jetted to Hawaii for a mini getaway after the nuptials for Valentine's Day.


Looks like the perfect way to start their new life together as the Smith-Petersens!