"Fifty Shades of Grey" star Dakota Johnson kept it in the family when it came to her date to the Oscars. The brunette beauty, 25, took mom Melanie Griffith to the big event on Sunday evening, after reports that the actress split from musician boyfriend Matthew Hitt.

Dakota stunned on the red carpet in a bold, one-shouldered dress by Saint Laurent, while proud mom Melanie kept it chic and simple in a black gown featuring a sweetheart neckline. 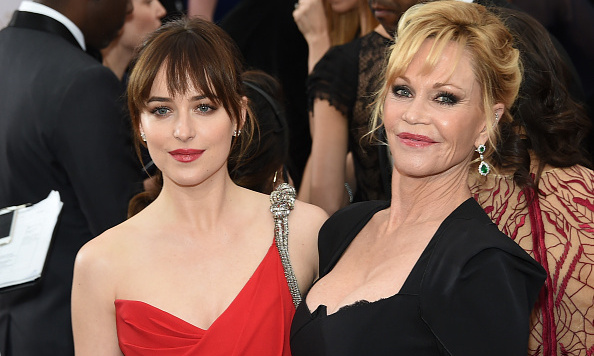 While Dakota might star in one of the biggest movies of the season, whether or not her parents have seen it seems to be a point of contention for the mother-daughter duo. When asked on an ABC pre-show if she’d seen her daughter’s sexy film, she replied “No. I think it would be strange.” Clearly disturbed by her mom's comments the burgeoning actress rolled her eyes and snapped saying, “All right! You don’t have to see it!”

The on-camera spat didn't end there though. “If she tells me to see it, I’ll see it,” Griffith said. “I tell you to see it and you’re like, ‘Eh,'" said Dakota. Despite their toil, the pair smiled for cameras on the red carpet. Perhaps a trip to the box office will smooth things over! 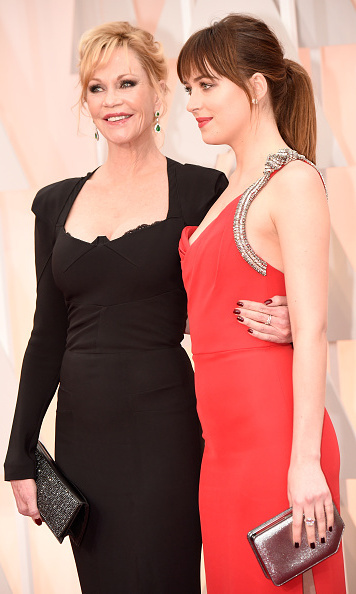 If nothing else, at least she's letting her parents participate where it counts — on the red carpet.