Sean Penn and Charlize Theron surprised everyone when their long-time friendship turned into a romance. More than a year later, the couple remain totally smitten. The Hollywood stars held hands as they walked the red carpet together for the premiere of Sean's new film, The Gunman, in London on Monday.

It's little wonder that Sean is so taken with the beautiful blonde. Charlize, 39, stunned in a Halston Heritage black gown featuring gold detailing along the neckline. Her wavy locks were worn loosely around her shoulders, and she kept the makeup minimal. Sean – dressed in a suit and a skinny dark tie – was seen smiling and whispering sweetly in her ear as they posed together. 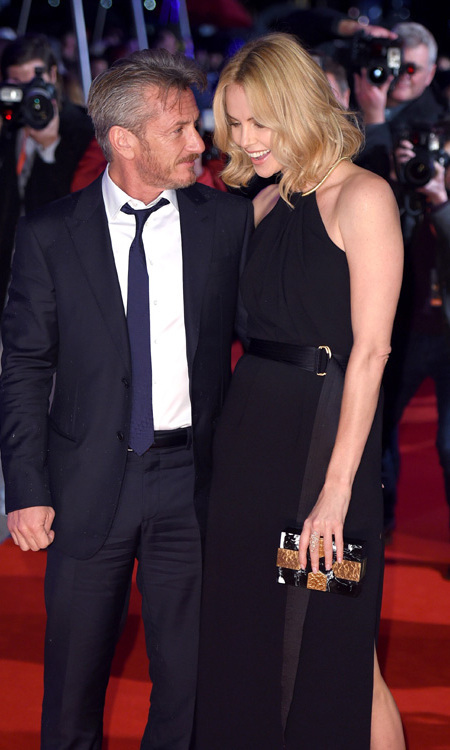 Sean Penn and Charlize Theron on the red carpet at The Gunman premiere Photo: Getty Images

Also braving the cold and rain at the BFI Southbank were the 54-year-old actor's co-stars Mark Rylance, Ray Winstone and Idris Elba. "I love Sean," Idris, 42, told the Evening Standard. "We had a great time and we got close."

The actor, who may possibly be the next James Bond, continued, "There was a lot of hanging out afterwards. He didn't give me any life lessons but we did become friends. I think he was amazing." 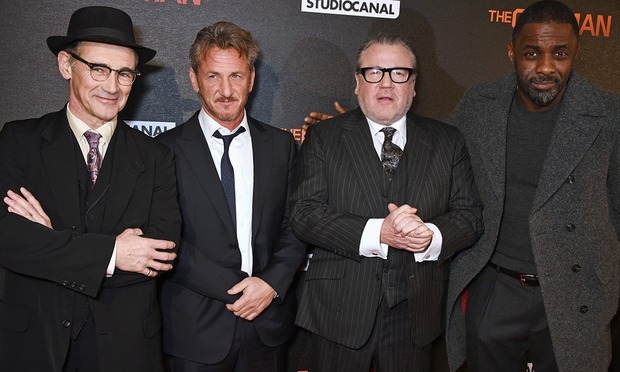 It was clear that Sean thinks his lady is exactly that as well. In March's Esquire U.K., the actor couldn't stop gushing about Charlize, "It’s a lot more romantic and a lot more fulfilling to be in a relationship and to think you’re a good person within it."

And even though Sean has been previously married twice to Madonna and Robin Wright, he admitted, "Yes, I'd get married again." 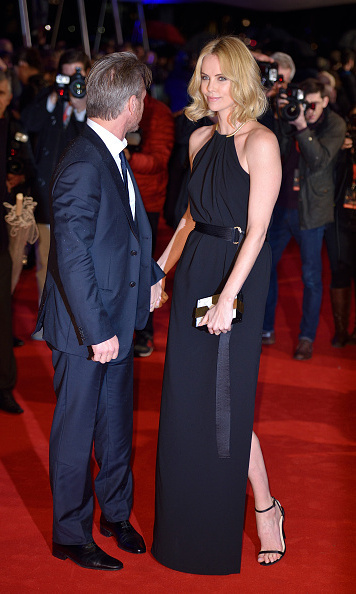 Sean has said he would take another walk down the aisle Photo: Getty Images

Charlize, on the other hand, may need some convincing. "I want the long-term relationship," she told Vogue in June. "Let's put it this way: I never had the dream of the white dress."

Regardless if they tie the knot or not, they are one good looking couple!