On Valentine’s Day, it may seem as if everyone around you is happily (or not so happily) in a relationship. But don’t worry, single ladies (and gents), as you are not alone.

Jennifer Lopez and boyfriend Casper Smart broke up in the summer of 2014 after being together for two and a half years. Katie Holmes and Tom Cruise divorced in 2012, but neither seem to have moved on.

For the time being, Taylor Swift has written off boys, but soon she will need new writing material and will be back in action. Funny lady Mindy Kaling also deserves someone equally as comedic to share the laughs.

America’s sweetheart Sandra Bullock hasn’t found a new special someone – at least publicly – since her divorce from Jesse James in 2010.

With the help from top love and dating expert Talia Goldstein, CEO of Three Day Rule matchmaking service, HELLO! has the following suggestions for these single celebrities. Who knows, with this advice, they could be on track to spending Valentine’s Day getting to know a new plus one.

Click below to see who cupid has his eye on for them: 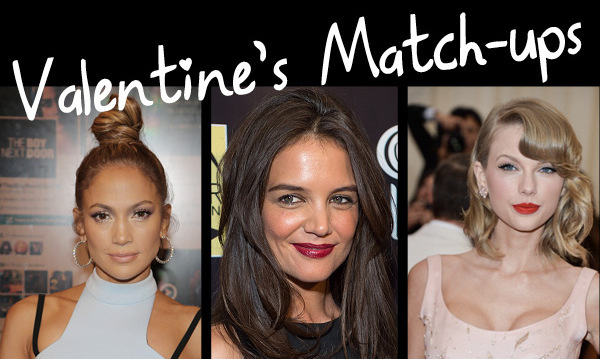