Since becoming friends in 2013, Taylor Swift and Karlie Kloss, 22, do everything together. They go on shopping sprees, they cook, they work out, and now they are both on the March 2015 cover of Vogue. 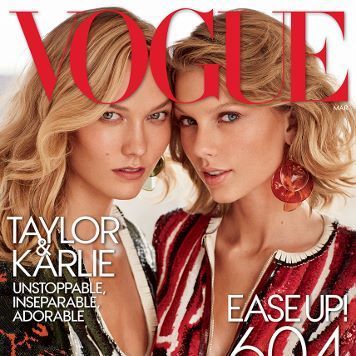 The two extremely tall beauties reenacted their 2014 road trip to Big Sur for the shoot and swapped out their regular clothes for high-fashion garb. “People had been telling us for years we needed to meet,” Taylor tells the magazine. “I remember makeup artists and hair people going, ‘Doesn’t she remind you of Karlie? God, she and Karlie would be best friends. They’re the same.'”

Their friendship began at the Victoria’s Secret Fashion Show in 2013 when Taylor was a performer, and Karlie walked. Fellow model and Taylor galpal Lily Aldridge introduced them and well, the rest is history. Karlie explains in the issue, “I’ve met a lot of really great girls through Taylor. She’s incredible at connecting people who might not normally meet.” 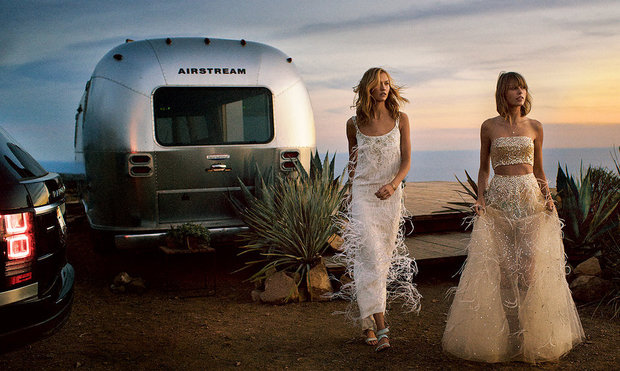 The soon-to-be student in NYU’s Gallatin School of Individualized Study continues, “We’re all in different jobs, but we’ve become strong friends who are there for each other— a sisterhood of girls, a support team. But we’re also just normal 20-something girls, and I think you have to have people that you can be that with.”

Karlie adds, “You know, real friends are hard to find — and Taylor’s a real friend. There’s nothing better.” And these ladies are so in sync that they even dress alike. Both the "Shake it Off" singer and the L’Oreal spokesperson recall how they were recently both in black crop tops and high-waisted skirts with Taylor joking, “’Ugh, be more annoying.’ We couldn’t possibly be.” 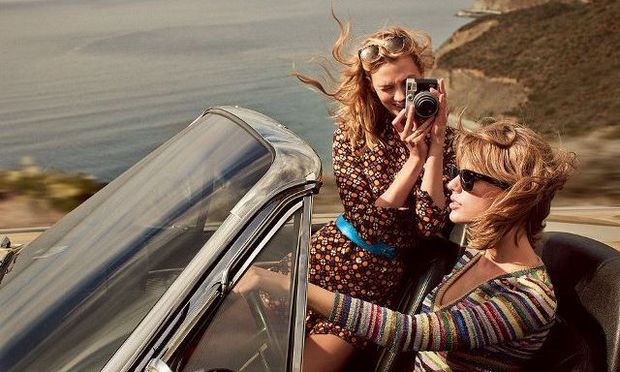 And though I’m sure all her friends from Karlie, Lorde to Lena Dunham and Selena Gomez are quite familiar with her music, Taylor is just Taylor around them. She leaves the country-turned-pop-princess title and accolades at home.

“The fun thing about my friends is that they don’t necessarily know a lot about what I do business-wise,” the 25-year-old says in the interview. “I’m not the person who grabs the guitar at a party and wants all the attention. I have attention on me enough, so I want my friends to just like me because we have things in common rather than me sitting in a corner being like, ‘Listen to this song that I wrote about my life!’” 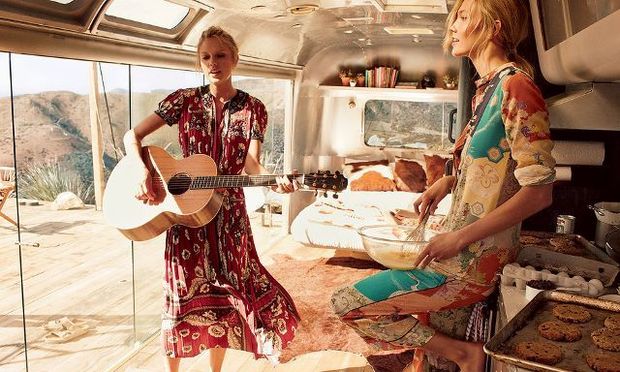 Guess that means her entourage of gorgeous, successful ladies will just have to watch her new video for “Style”, which was also released on Friday, like everyone else — on their own computers or below.