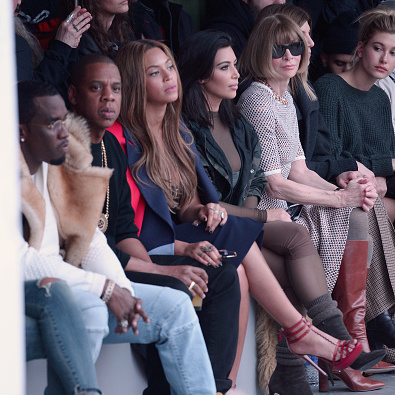 Anna, the influential Vogue editor, eyed the fashions on the runway and also took time to pose with the designer and his wife. Her stamp of approval speaks miles about Kanye's transition from the music world to fashion design. 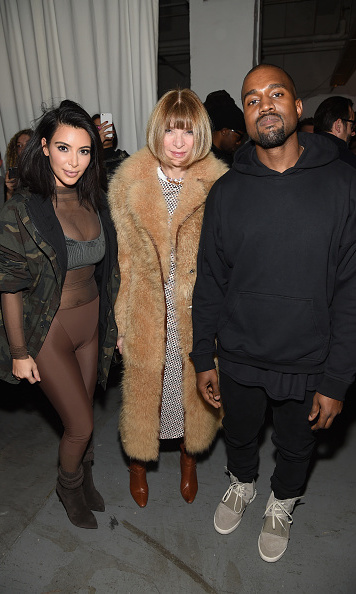 Also making her debut at New York Fashion Week was North West, Kanye and Kim’s 19-month-old daughter. The adorable toddler, clad in mini-Yeezy wear, was in the front row on her mom's lap when she started to wiggle and have a tantrum. Grandma Kris Jenner captured the moment beautifully on Instagram and had a good laugh. 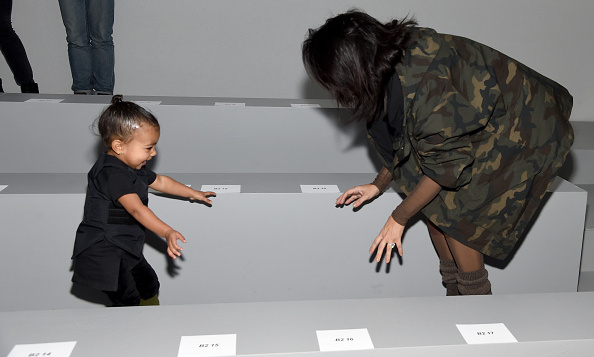 Best pic AHAHAHAH North got a little fussy waiting for Daddy's Show to start !!! We took her backstage for a snack right after this but just had to share...love the patience of @beyonce #AnnaWintour @kimkardashian #NYFW #YeezySeason #mommymoment

The matriarch of the family was seated with daughters Khloe Kardashian and budding supermodel Kendall Jenner, who had the night off from walking the runway. It was a big night though for the youngest of the clan, Kylie Jenner. The 17-year-old posed in a flesh-toned body stocking during her brother-in-law’s presentation at Skylight Clarkson Square. The brunette beauty was almost unrecognizable amongst all the models in Kanye's signature neutral and earth tones. 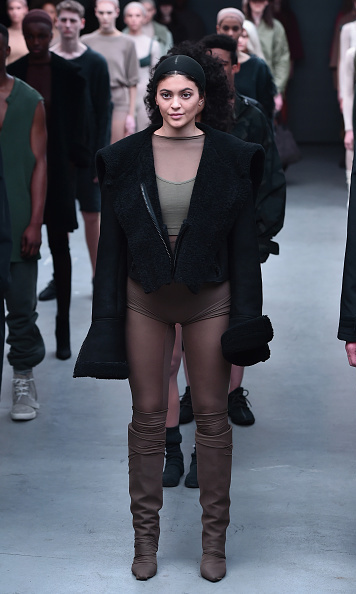 Others in attendance were Russell Simmons, Hailey Baldwin, Big Sean and Justin Bieber, who didn’t seem to mind being seated in the second row behind the Kardashian/Jenner ladies.

Of course Kanye was a performer long before he was a fashion designer, so he naturally debuted a new song at the show called "Wolves," featuring Australian singer Sia and fellow Chicagoan Vic Mensa.

His night didn't stop there. He then headed to New York City’s Flatiron district to perform an outdoor concert in 20-degree temps for Roc Nation Sports’ first annual Roc City Classic for NBA All Star weekend. He took to the stage with friends Big Sean, 2Chainz and Pusha T to deliver a monumental show that lasted an hour. 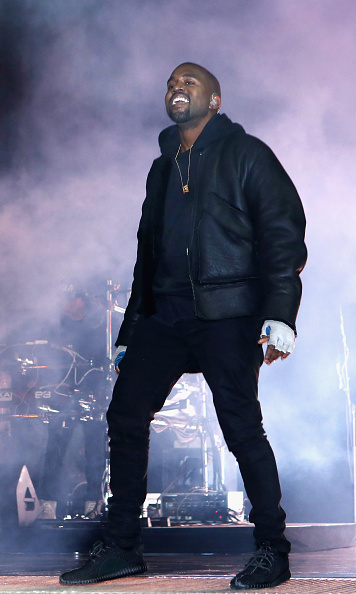 Backstage, Kim and her sisters bundled up while Jay Z and Beyonce watched the show from the front. To warm up and celebrate, the group then headed to Jay’s nearby 40/40 club.

Click the below image for more pics of North, Beyoncé and all the Big Apple Fashion Week excitement: 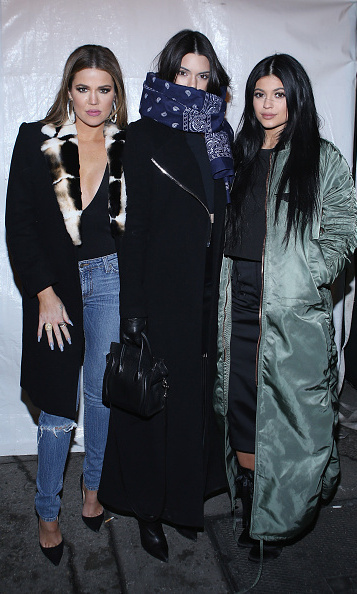